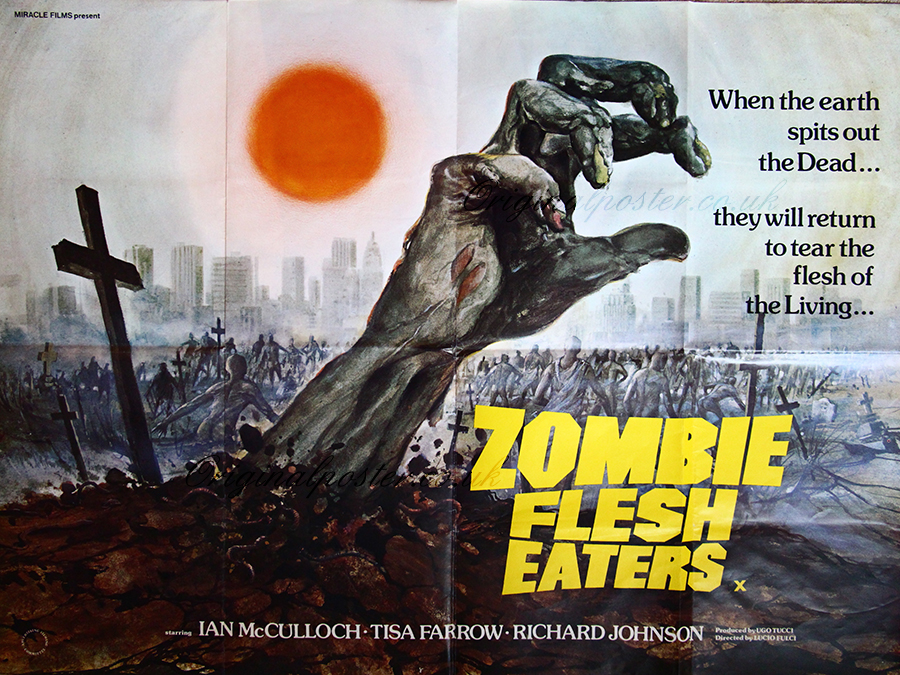 During the Festival several midnight screenings, so-called Gore or Splatter films will try to disrupt your peace of mind. One of the genre’s most infamous figureheads, Jörg Buttgereit, will personally present the infamous Nekromantik 1 (1987). A title that leaves little to one’s imagination, Nekromantik I is a piece of exploitation that requires an iron-lined stomach. Just as bold, but far more ironic, is the film Olaf Ittenbach will be presenting at our Festival. Premutos: the Fallen Angel (1997) is a comedy horror flic which revels in dismemberment and blood.
If you are already disturbed by the German living death, I bet you cannot wait to see what their Italian colleagues are capable of. Check out Nightmare (1981, Aka Nightmares in a Damaged Brain) by Roman Scavolini, with special F/X by Tom Savini, and two films by Lucio Fulci, the incontestable grandmaster of spaghetti-horror. Zombie Flesh Eaters (1979) allows cannibalistic zombies to conquer New York in Technicolor and Cinemascope. And you’ll find every horror cliché in the book in The House by the Cemetery (1981), an irresistible piece of pulp.