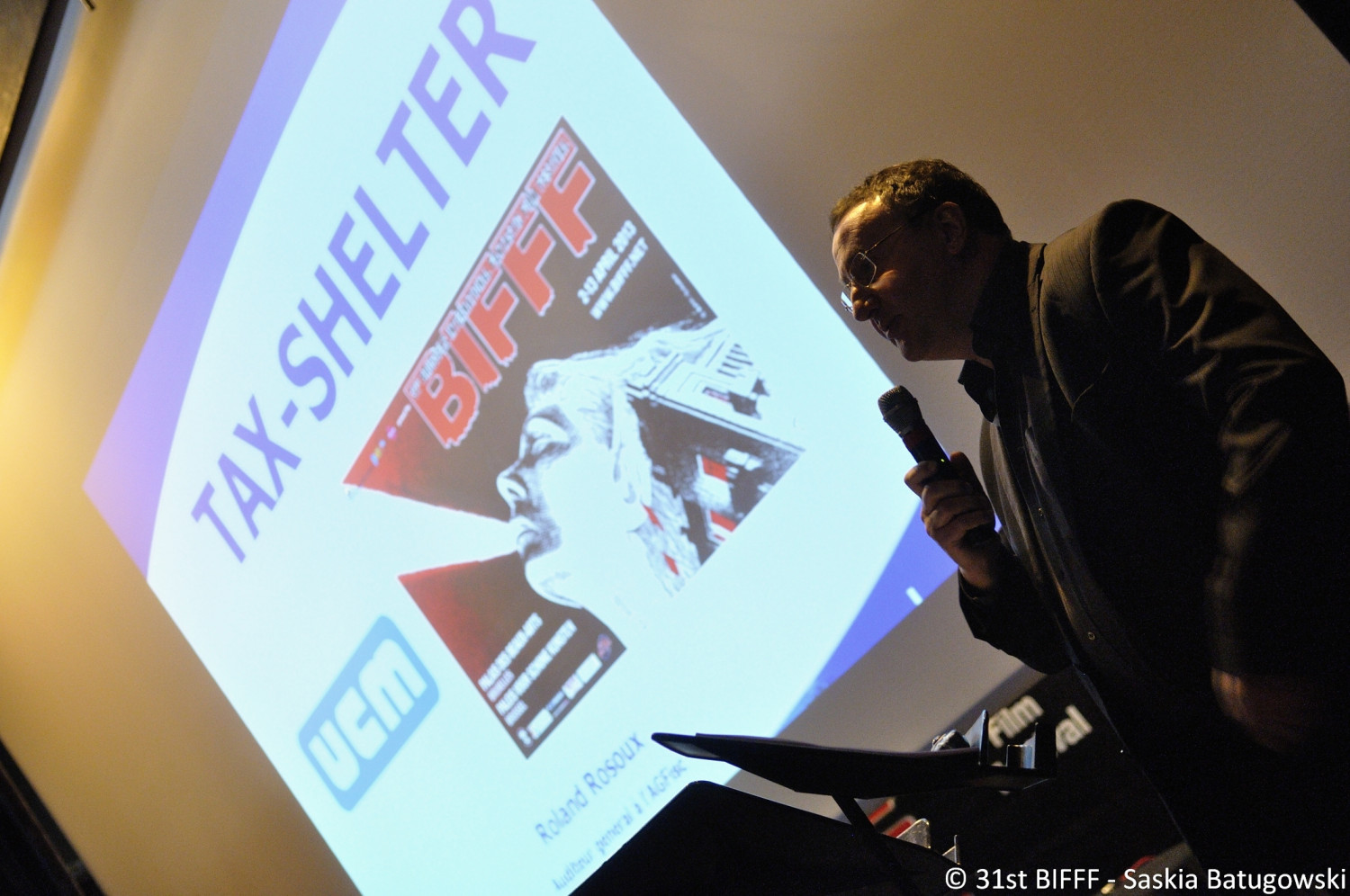 At the occasion of the 31st Brussels International Festival of Fantastic Film, we’ll look back on 10 years of the Tax Shelter scheme !

Today, its positive impact on the Belgian film industry is unanimously recognized.

Every year, a growing number of big and small enterprises use this fiscal tool, where they can benefit from an tax exemption that covers 150% of their investment.

In 2012, two evolutions took place that we thought important enough to clarify by two experts.

Roland Rosoux, with his experience as an auditor general with the Belgian IRS, will shine his light on the new advice by the Commission for Accountancy Standards on the foreseen changes in the law.

The FSMA (Financial Services and Markets Authority) has changed the conditions that have to be met by a dossier to cover this kind of investment.

Casa Kafka Pictures, an independent mediating firm and an affiliate of the RTBF (Belgian French speaking Public Radio and Television), will present these changes and will expose in a practical manner the details of a Tax Shelter investment. This will take place in a framework that is 100% secure and will be illustrated by numerous financial examples and movie clips.

To celebrate the 10th anniversary of the Tax Shelter in style, Casa Kafka and the BIFFF have reserved a few surprises for you !

Reception and breakfast from 9am till 9.30am.

Start of the seminar at 9.30am sharp.

Mr. Roland Rosoux is auditor general with the Belgian IRS.