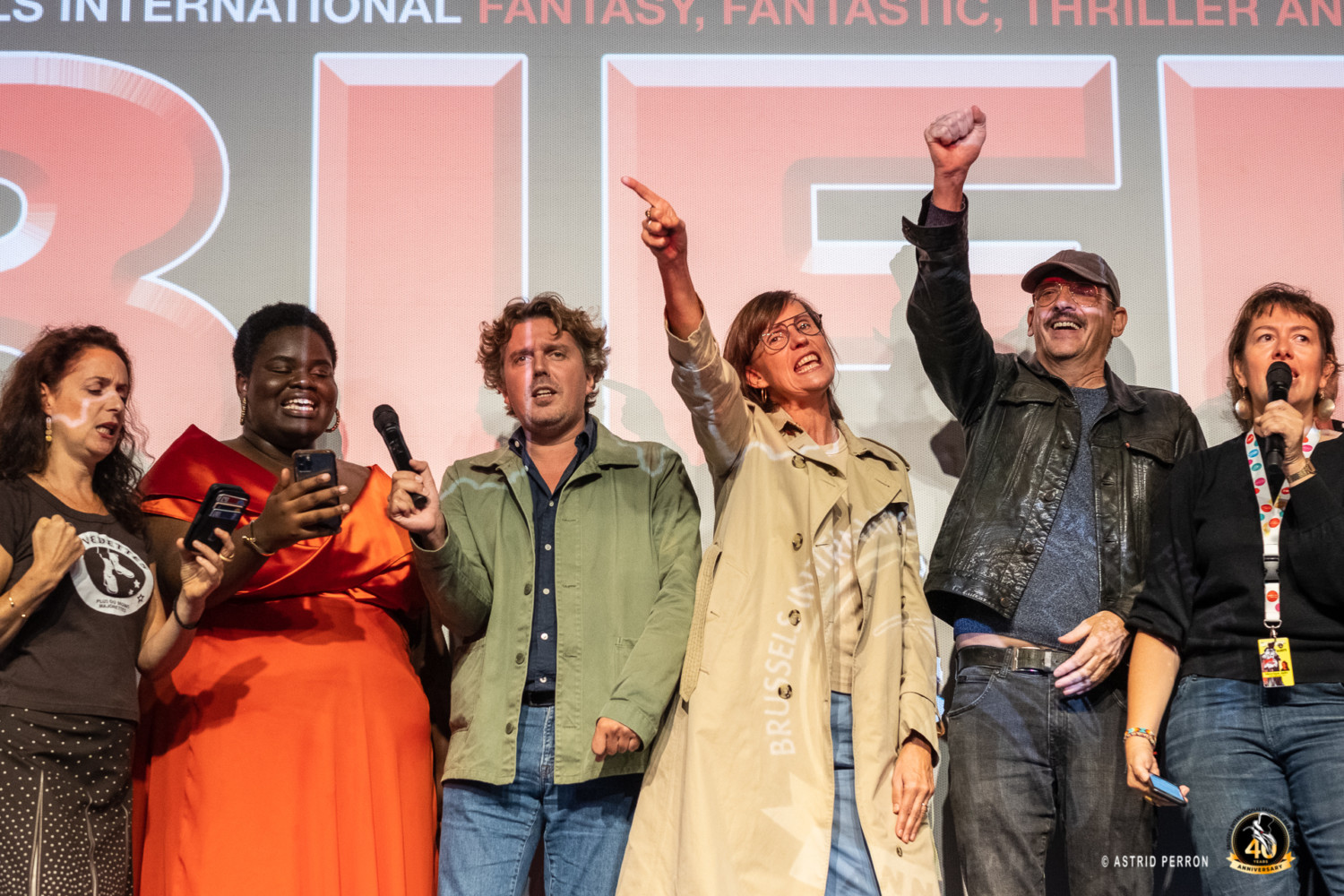 The figures of the last decade don’t lie. The conclusion is loud and clear and obvious to all. There’s a tsunami of Belgian genre cinema! More than 30 films supported by Wallimage, 11 by the VAF, more than 20 films supported by Screen. Brussels, 23 by Screen Flanders or even 25 feature films that have received support from the Centre du Cinéma et de l’Audiovisuel… Figures that make our heads spin, but that prove above all that genre cinema is both artistically and economically viable, that it is unarguably the cinema of tomorrow and that all those years of promotion and efforts by the BIFFF and the BIF Market have not been in vain. The bet was made in 1983, when the festival was established. And 40 years later, it looks like we are going to win that bet! This is an opportunity to showcase the film industry of our flat little country that is too good to pass up on. Our cinema is one that is resolutely pluralistic, where you can hear French, Dutch, English and Italian, composed of big Belgian productions, ambitious international coproductions, or even guerrilla-style productions on a mini-budget made by people with a maximum of passion. This year we’re putting all the fries (don’t you dare call them French!) of the 7th Art in the same package, accompanied by all the sauces you could possibly wish for. Because Belgium is simply fantastic!Yeah, those guys up north! Not content with breathtaking landscapes, cheap
self-assembly furniture (with somehow always one piece left unused), and
a social model that is the envy of all of Europe, the Nordic countries also
have a prestigious cinematographic pedigree. Impossible not to mention Ingmar Bergman – whose THE VIRGIN SPRING inspired Wes
Craven’s THE LAST HOUSE ON THE LEFT – and Aki Kaurismäki
among the cinematic heavyweights. The long winters in northern Europe are of course ideal to cuddle under a blanket, resulting (9 months
and a few years later) in several generations of talented directors.
We can cite Lasse Hallström, Lars von Trier, Ole Bornedal, Nicolas
Winding Refn, Anders Thomas Jensen, Roy Andersson, Thomas Vinterberg, Timo Vuorensola, Andre Øvredal, Tomas Alfredson, and Baltasar Kormákur. The list is long, too long really! So instead of proposing
a 56 page who’s who in font size 4, we prefer presenting a diabolically alluring Nordic focus, a filmic trip along the most popular genres of the BIFFF!