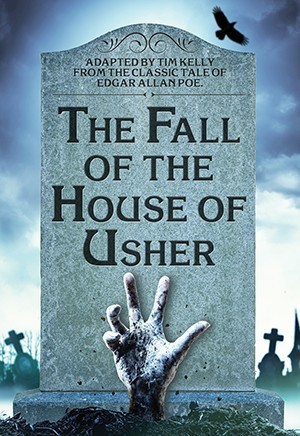 The Fall of the House of Usher live concert

The BIFFF has always wanted to give the most complete overview of fantastic film in all its variety and diversity, closely following every evolution in the genre. We’ve also always highlighted its most important aspects – those of the future, the present and the past – by focusing on a certain country, honouring the pioneers and veterans of the genre, highlighting the work of certain production companies or putting the attention on directors who are not enough known or recognized by the cultural “establishment”. We started this 27th edition with a special event in collaboration with the Belgian National Orchestra, Bozar, Ars Musica and the Cinematek. On 23 March 2009 at 8pm, the silent movie “The Fall of the House of Usher”, was screened in Bozar, with original music by the Belgian composer Peter Swinnen. The BNO was directed by Dirk Brossé. This project was a world première The Fall of the House of Usher, directed in 1928 by Jean Epstein, is the adaptation of a story by Edgar Allan Poe. Roderick, last of the Ushers, asks a friend to join him in his sinister family mansion. He’s obsessed with painting the portrait of his sick wife Madeleine. While her health keeps deteriorating, she strangely looks more lively and vivid on the painting. After her inexplicable death, she’s buried in the family crypt. But on a stormy night, Madeleine returns from her tomb. The French director and novelist did not only highlight the fantastic elements present in Poe’s oeuvre, his film also showed an experimental style unseen for the time period. He was a reputed theorist of cinema, especially passionate about editing and camera movement. Epstein, at first assisted by a certain Luis Bunuel, made his reputation with this film, of which the strange images still fascinate after 80 years.