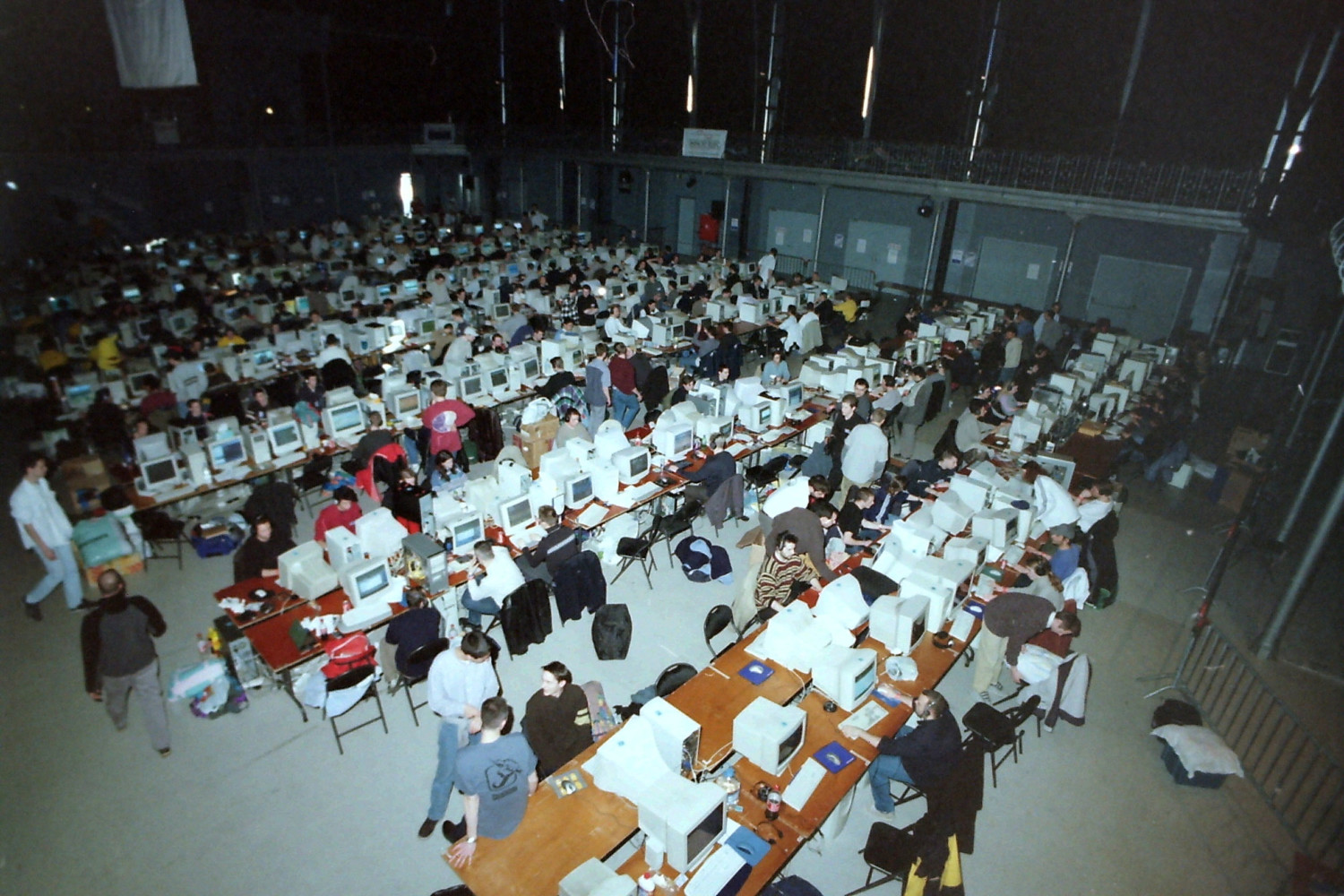 The Nexus part 2 – Award of the Best Fantasy Computer Game

2nd Edition of the vidéo games at the Bifff in the
Halles de Schaerbeek
1. The Nexus Awards
For the second time, the BIFFF will bestow the 2 NEXUS Awards
to the Best Fantasy Game for Game Consoles and the Best
Fantasy Game for PC. These prizes will distinguish two video
games, linked to the fantasy genre, for its artistic qualities or for
the aesthetical improvement at any level (graphics, script, structure).
Renowned journalists, who are specialised in games and
other cyberities, made the selection of the finalists.
The same jury will chose the winner of each category amongst
the above-mentioned finalists. The award-giving ceremony will
be held at the Halles de Schaerbeek, Sunday the 17th of March
at 19:00 hrs.
The Nexus is an artwork by H.R. Giger (Oscar for the SFX for
“Alien”).
2. The Bif3-LAN
A LAN-party ? Huh ?? Who the hell is Alan ? And where’s his party
? A Lan-Party (L.A.N. = Local Area Network) is a tournament of
video games, all linked on a network. During 2 days, 16th & 17th
of March, a fixed number of players (in this case : 300) will
engage in cybernetic warfare.
Four different games, that cover the whole spectre of game
types and possible confrontations, will be launched at the same
time : real time strategy (Starcraft – Broodwar), ‘Kill’em all’ for
teams (Counter Strike and Quake3 : Urban Terror) and for individuals
(Quake 3 and Deathmatch).
Naturally, the winners will be covered with prizes.
The spectators will be able to follow the tournaments on large
screens, where ‘live’-images of the games will be projected. The
results of all of the tournaments will be announced on Sunday,
the 17th of March, at 19:00 hrs.
The Bif3-LAN is a mutual project of the BIFFF and E-A renas (for
subscriptions and more info, surf to www.e-arenas.org ).
3. Demonstration of the latest Games and other (hard)-
ware
The spectators have the opportunity to discover the newest
game-related products : new consoles, new games (presentation
on image and real demo),…
A selection of Japanese animés will be screened during this event
(Serial Experiment Lain, Harlock Saga, a Goldorak’s episode and
much others). Nexus 2001 Awards
Game Consoles Jury Finalists
Roland Austinat (Corona Press – D) Baldur’s Gate: Dark Alliance (Snowblind Studios)
Ste Curran (Edge – GB) Devil May Cry (Capcom)
Manuel del Campo (Hobby Consolas – E) Final Fantasy IX (Squaresoft)
Jean François Morisse (Joypad – F) Onimusha (Capcom)
Raf Picavet (Gamespot – B) Phantasy Star Online (Sonic Team – Sega)
PC Games Jury Finalists
Roland Austinat (Corona Press – D) A nachronox (Ion Storm)
Cyrille Baron (Joystick – F) A rcanum (Troïka Softwares)
Raf Picavet (Gamespot – B) Baldur’s Gate 2: Throne of Bhaal (Bioware)
Matthew Pierce (PC Gamer – GB) Black & White (Lionhead Studios)
Stefano Silvestri (The Games Machine – I) C live Barker’s Undying (Dreamworks Interactive)