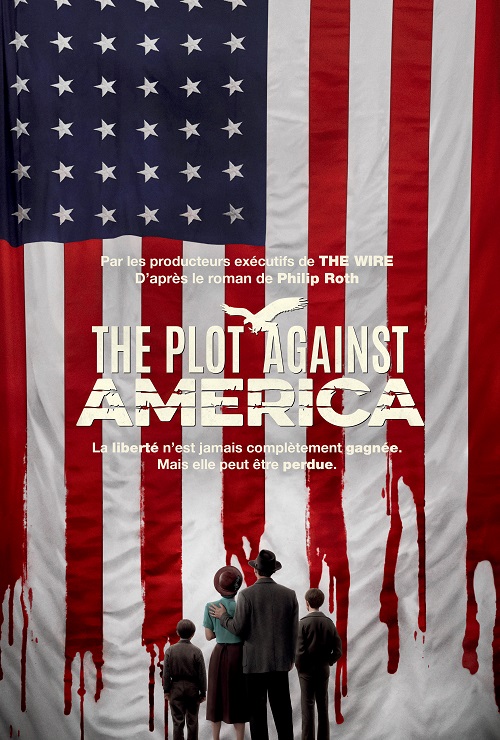 … Are those the kind of stories that tickle your fancy, more than say, all too serious and politically correct cinema? Have we got good  news for you! They’re all HBO series and thanks to BeTV, we have the immense pleasure to make you discover the premiere of the two first episodes of their new cult series, THE PLOT AGAINST AMERICA. Adapted  from  the eponymous  book  by  Philip  Roth and written by big shots from THE WIRE, this ice-cold dystopia takes us to an alternative America, right after the Second World War, when aviator Charles Lindbergh wins the presidential elections instead of Roosevelt. Being a notorious  Nazi

sympathizer and populist xenophobe,    Lindbergh    plunges the country into totalitarian fascism… An intriguing pitch,  is it not? It makes us think of THE MAN IN THE HIGH CASTLE by Philip K. Dick (these Philips do seem to have a thing for fascist America) and starring  a phenomenal  cast (Winona Ryder and John Turturro, to name but a few). Anyway, if you can’t make it because of your chakra-yoga-pilates-zumba, there’s only one solution: subscribe to BeTV in order to catch up!