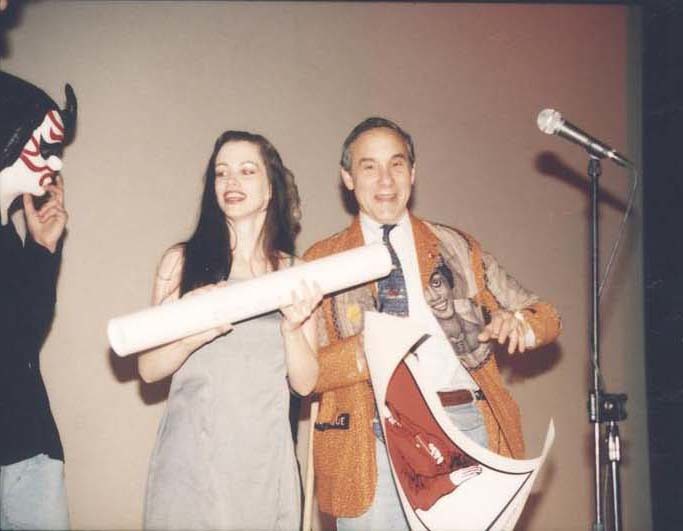 Tromarathon at the Actor’s Studio:
25 years of “authentic independent cinema”
in thirteen movies
For 25 years now, a small New York film company courageously battles to let its radical vision on cinema prevail. Film after film, with their cameras as instruments, the Troma team composes a symphony of bad taste, an epic poem in which the finale always degenerates in bloody splattering intestines and various malodorous defecations.
This pugnacity, rare in times of ideological scarcity, deserves a tribute. And that’s why we’ve organised one, together with the movie theatre Actor’s Studio. From midnight Friday 17 March till midnight Saturday 18 March, Tromaphiles from the four corners of the Kingdom will be able to admire these jewels of a quarter century of dubious celluloid passion. And that’s not all, folks ! That same Saturday 18 March, at 24h30 the Troma-fan, with bloodshot eyes and a stiff back, will drag himself to the Auditorium of the Passage 44 to be carried away by the latest Troma opus : “Terror Firmer”.
All of this in the presence of Mister Troma himself, Lloyd Kaufman, accompanied by his favourite Tromette, Debbie Rochon. So brace yourselves for delirious madness and deliciously tasteless surprises like only Troma can come up with.