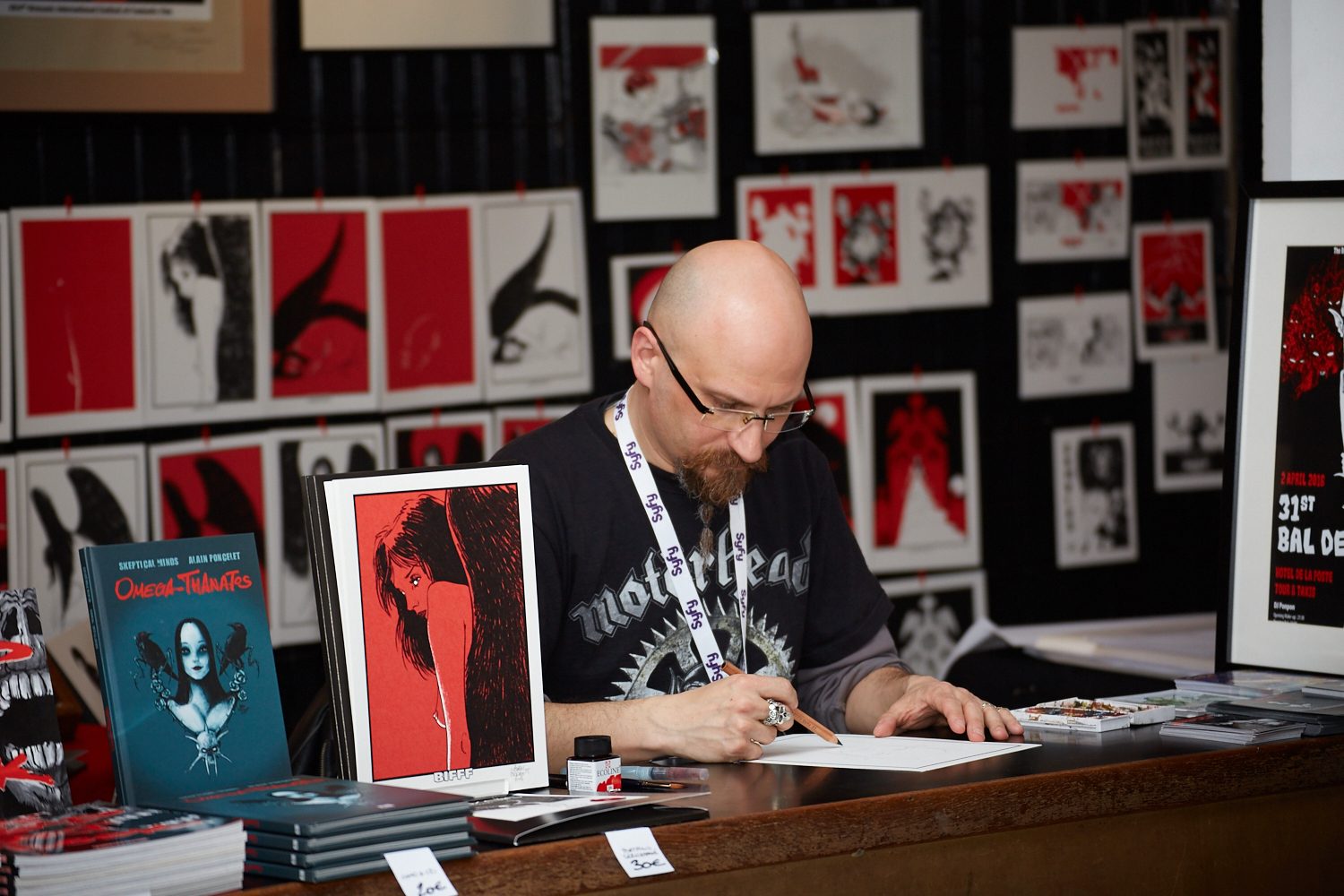 As a freelance illustrator Alain Poncelet has been publishing collections of illustrations and graphic novels full of legendary and magical creatures for over ten years. He just loves putting the dark side of our human nature out in the open, painting its blackness, plunging into the nightmares, telling stories no-one is comfortable listening to, dipping his pen into heavy metal and summoning our worst fears.

It all started in 2005, with the publication of his first comic book at Nocturne, “Cinema Fantastic”, followed by two graphic novels “Catharsis” and “Rupture(s)”. 2010 marks the beginning of the fruitful collaboration with industrial metal band Skeptical Minds, led by Michel Stiakakis, an old friend. It’s a match made in hell: Alain quickly finds himself in charge of the designs for T-shirts, the album covers and the stage props.

Two other books will also be published by Passenger Press: “Apocalypse Tarot” and “Dead Art Book”, the latter which was presented at the Lucca Comics & Games in 2013. From 2012 until 2015 he also took part in the “Sketchbook Project” initiated by the Brooklyn Art Library in New York. This one of a kind library publishes several sketchbooks of artists from around the globe. The library even organized a world tour to present the sketchbooks. As a fanatic of all things fantastic, Alain is a loyal fan of the BIFFF. That’s why he was the logical choice to be the artist of our 2020 festival poster.