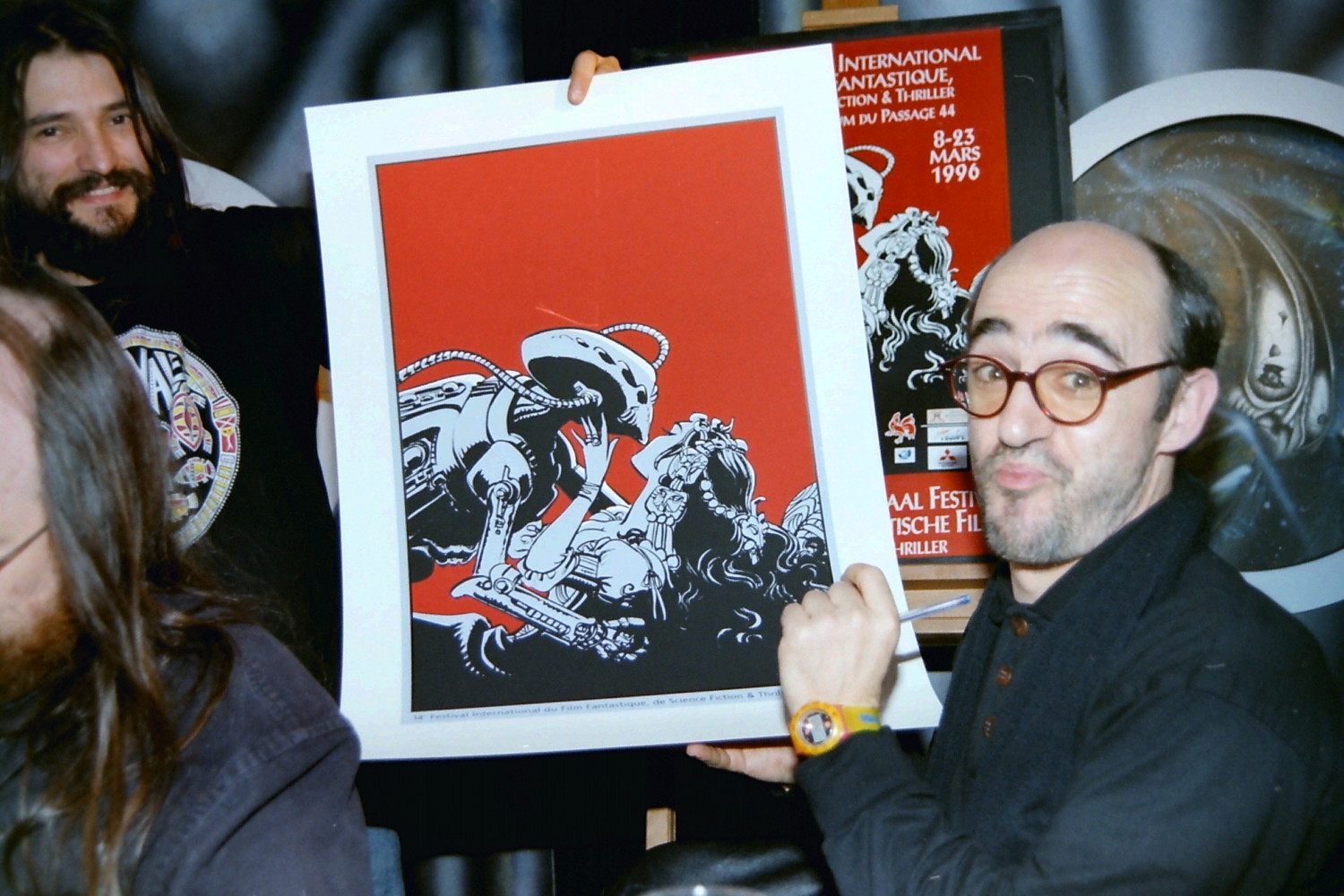 Spanish actor Alex Angulo first visited us in 1993 to present Alex de la Iglesia’s Accion Mutante. Three years later he played Father Angel, a brave priest who went up against Satan in our Grand Prize Winner El Dia de la Bestia from… Alex de la Iglesia. In 1997 we saw him as one of the living dead in You Only Die Twice by the brothers Ibarrexte. And this year he visits us again for the presentation of Alex de la Iglesia’s Dying of Laughter, in which he plays the sleazy manager of Bruno and Nino, two comedians who hate each other to death. But Alex Angulo isn’t just a Spanish fantasy icon. He divides his time between the theatre, television and film and you could also see him at work in films like Asi en el cielo como en la tierra by Jose Luis Cuerda and Carne Tremula by Pedro Almodovar.