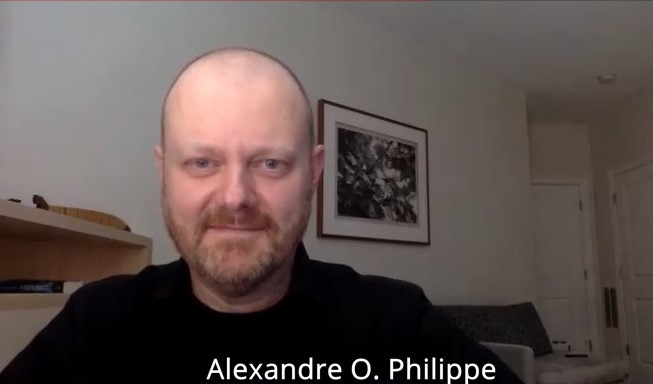 Alexandre O. Philippe is a Swiss producer, writer and director. The Hitchcock fan has been in the industry for more than 20 years. Writing and directing award-winning short films and documentaries (The People vs. George Lucas, Memory : The Origins of Alien or Doc of the Dead), Philippe is also a creative director, co-founder of Fried Comics, and occasional Ted Talk contributor. He’s mostly interested in exploring cinema as popular culture and transformative medium. His documentary 78/52, which took an in-depth look at the shower scene from Psycho, received overwhelmingly positive reviews after it premiered at Sundance in 2017. With Leap of faith: William Friedkin on the Exorcist, he once again delves into the nuances of filmmaking, this time in the form of a cinematic essay on the 1973 horror classic and the creative mind behind it.