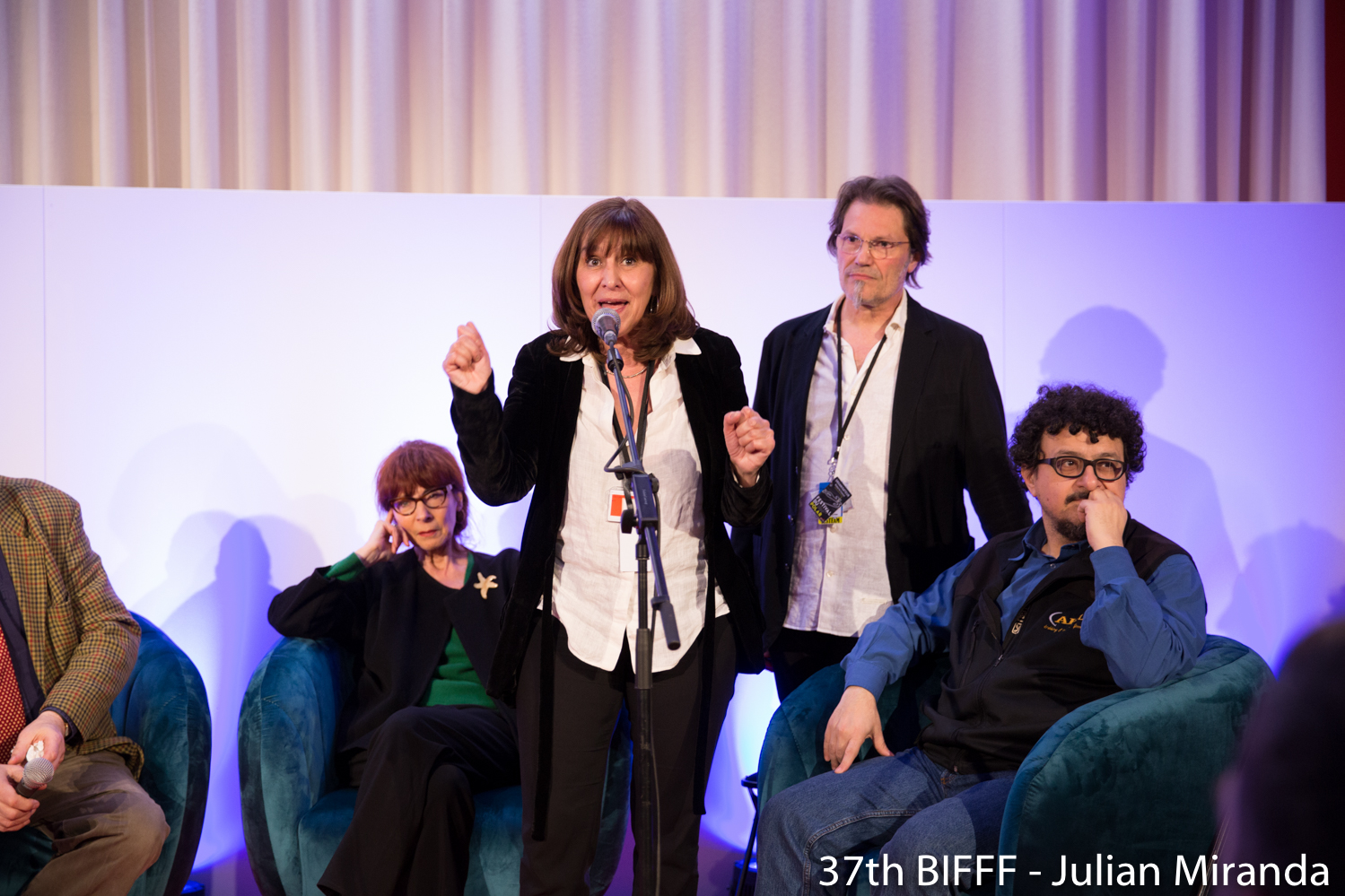 My grandma certainly lit a fire in me with her stories about ghosts, disturbing shadows in the fog and shady “guardias civiles”! Well yeah, I was born 150 kilometers from Guernica, the 8 of October 1959. The stories she told us at night before sleeping are still haunting my dreams. No surprise that they brought me to reading and filmmaking. After a degree in art history, a thesis on the work of directors Gérald Frydman and Raoul Servais, I timidly dreamt about following them, but my earliest attempts remained just drafts. However, my passion for cinema never left me in all the kind of jobs I have done in my life. I’ve been manager of the Carte Jeune <26, an international cultural passport which has resulted in organizing two events such as Deux fauteuils Cannes, a contest which annually allowed two Belgian directors to be part of the Youth Jury of this great festival. In 1997, I became Chief Commissioner of la Foire du Livre (the Brussels’ Book Fair) until last July. Literature and cinema have been part of my daily life for almost 20 years. Today I follow my own path; that leads me to The Polar, a festival where literature, cinema and music are celebrated.