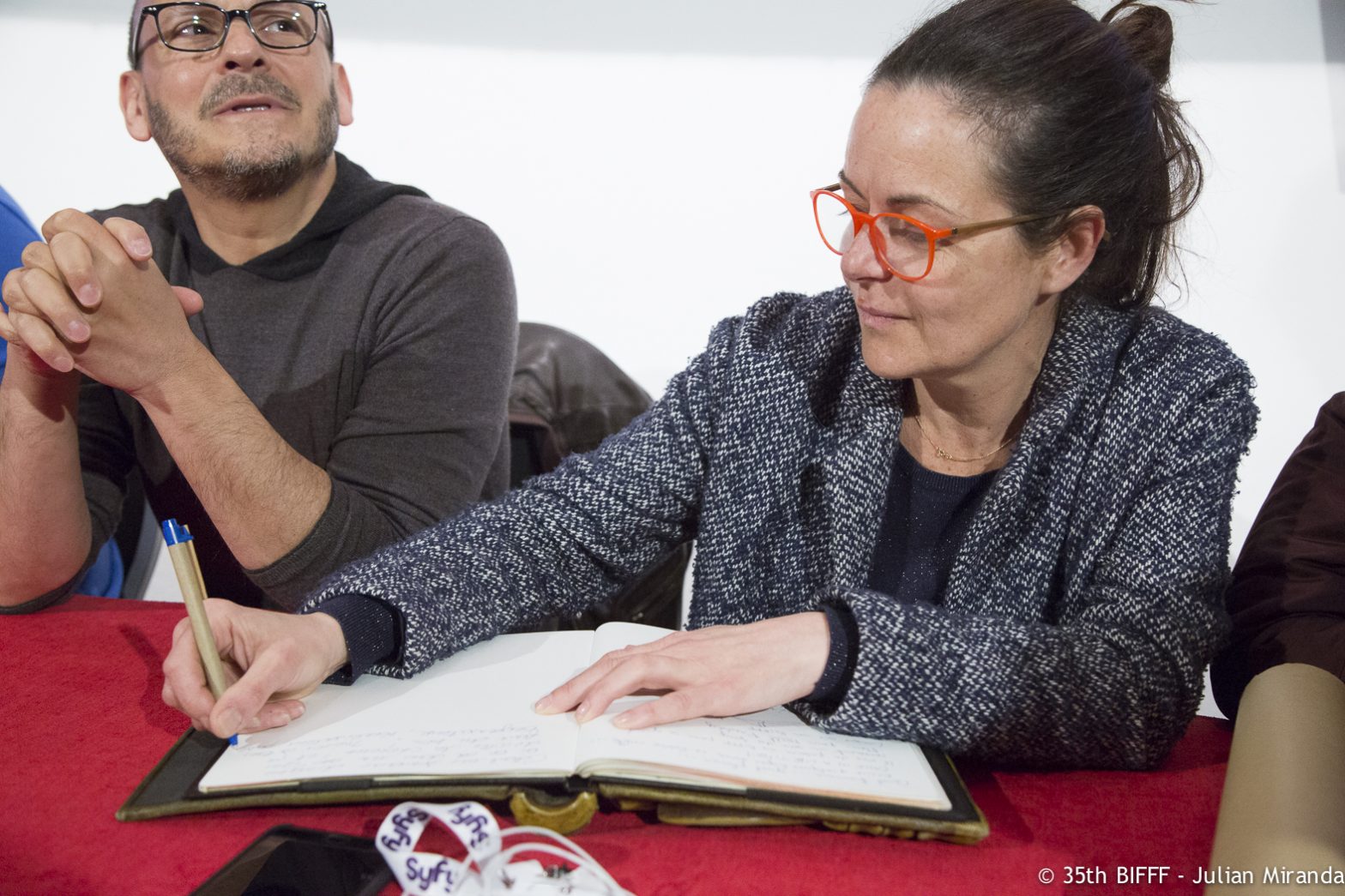 Her passport might say she’s French, but after graduating in film studies at Insas in 1995, Anne-Laure Guegan decides to make Belgium her home. In 25 years, she has edited some 40 films, features and shorts, documentaries and animation, among which quite a few little gems such as Aaltra, Où est la main de l’homme sans tête, Panique au village, Alléluia… Her editor career was recently crowned with a Magritte for Best Editing for Alléluia. At the moment, she’s a producer with Need Production.