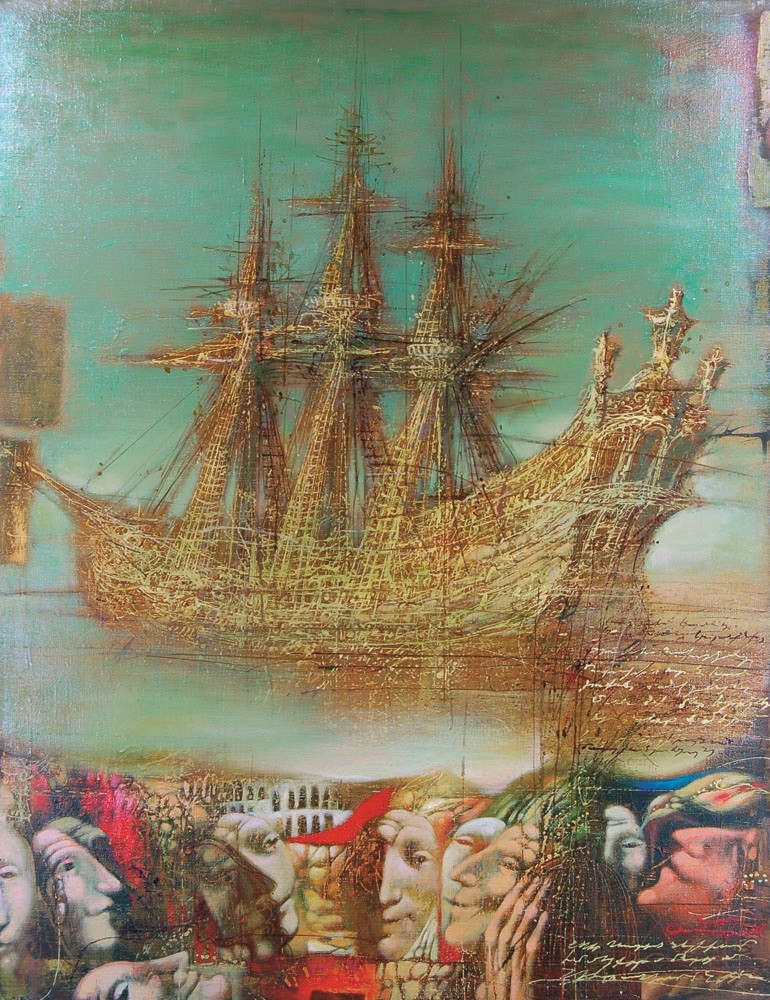 The themes that populate the artistic world of Armeen Gasparian are filled with references to a worldof fables,to mythology, to oriental legends or to other diverse elements such as theatre, traveling and astrology.

We stay behind the scenes of the Trojan War, at ports where magnificent galleons and mysterious exotic characters cross paths.

Each character painted by Armeen Gasparian could be the subject of a deeply human history.

Other decors are lit up by bright touches of colour and seem to float in space like imaginary cities, real towers of Babel and Zeppelins.

In his canvases, one finds a particular preference for female portraits, characters with melancholy eyes dangling between here and somewhere else, between the now and the past.

This mixture of joy and melancholy is typical.  Due to the amazing play of colours with which Armeen Gasparian views the world, the human beings in his paintings undergo an enormous metamorphosis.

His work refers to mythology, to Eastern and Western cultures and to penetrating observation of some current social situations.

Does the artist hold on to his passion for travel and theatre? to lace his paintings with symbolism ?

When one thinks one knows the world, the human life, it is thanks to Armeen Gasparian that one discovers the complexity and the different faces of people.

Inspiration, beauty, subtle colour palette and clarity, a rich artistic diversity that is so human, that one is tempted to consider Armeen’s canvases as an extension of himself.

He masters the time-honoured painting technique of oil on canvas like a true master.