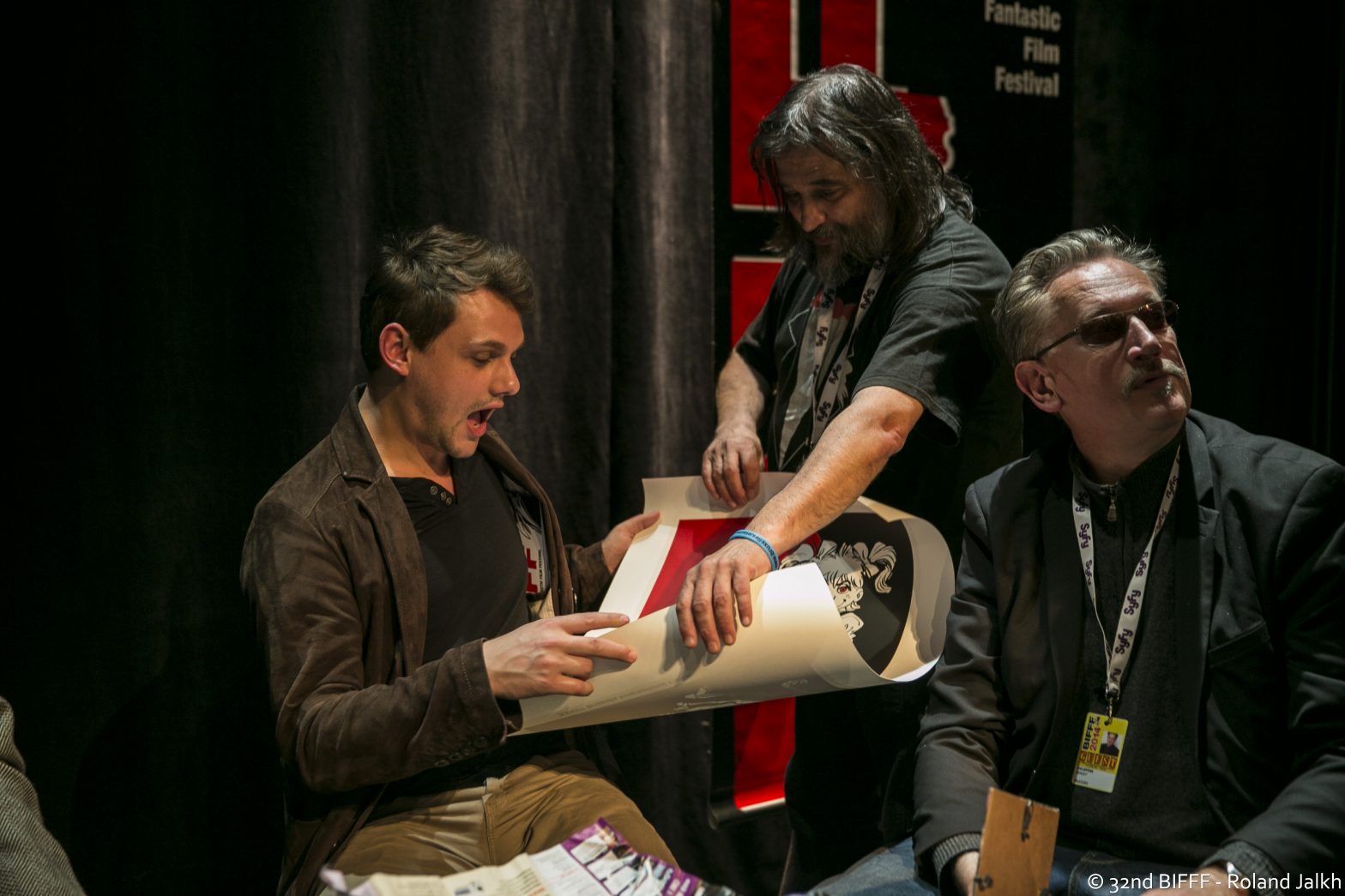 This 25 year old director, a graduated from ESRA ( a Parisian group specialized in cinema, sound and 3D ), started by making a video clip for David Lynch. He deals with the theme of poker, one of his passions, in The Ace of Diamonds, a school project that he began writing six month before staging it as a part of his studies. His short film, Petite Soirée chez M. Vaillant, allowed him to win a Best Young Director Award. Ablation, his first long feature, is an adaptation of his eponymous short film, with a script by Benoît Delépine.