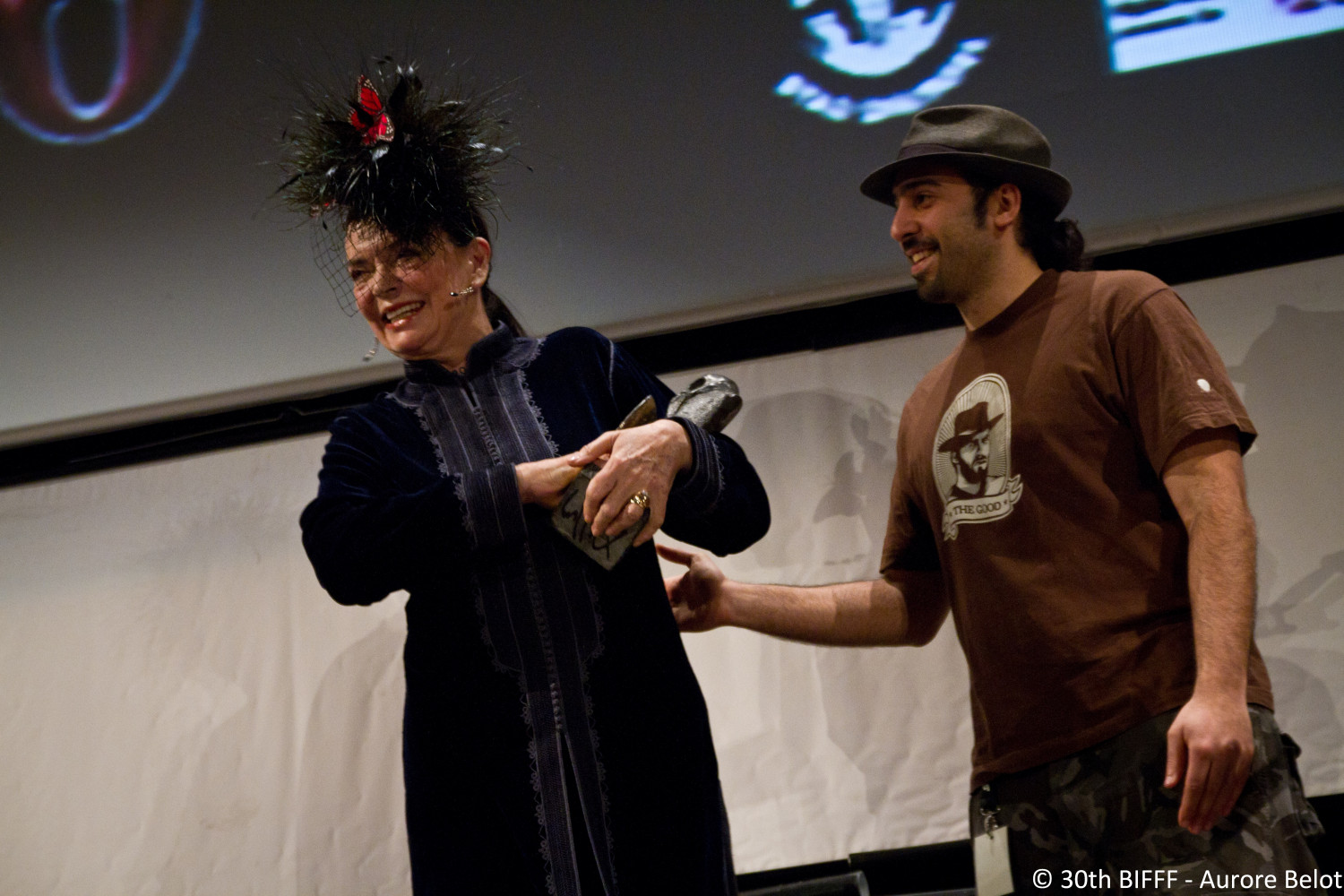 British actress Barbara Steele, the Iconic Scream Queen from the sixties, was the most beautiful actress in Italian cult classics such as Mario Bava’s Black Sunday, Fellini’s 8½, Mario Caiano’s Faceless Monster and Massimo Pupillo’s Terror Creatures from the Grave. She started strong in 1960 by breaking her contract with Fox for Don Siegel’s Flaming Star, in which she would have starred besides Elvis Presley. She amply compensated that by starring in more than 35 films in the sixties. But it doesn’t stop there. She also blew everybody away in Roger Corman’s The Pit and the Pendulum, David Cronenberg’s They Came From Within and Joe Dante’s Piranha. In the eighties, she starred in two TV-series with Robert Mitchum: The Winds of War and War and Remembrance. Even at the age of 74, Barbara Steele cannot stop acting. We’ll be able to see her at the BIFFF in Jonathan Zarantonello’s The Butterfly Room. We are honored to make this timeless genre icon a Knight in the Order of the Raven.