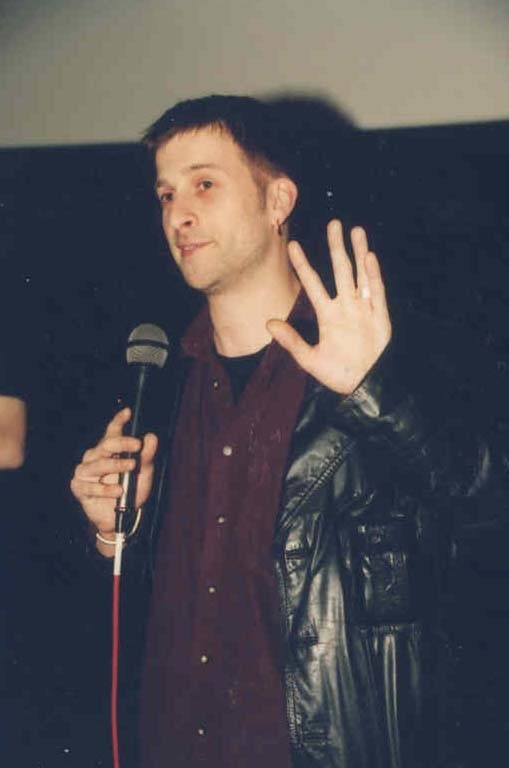 Ben Hopkins is a graduate of the Royal College of Arts in Londen. His three short films, The Holy Time (1994), National Achievement Day (1995) and Max Klapper (1996) gathered enough international awards to fill up an entire wall. His first feature film, Simon Magus, was selected for the Official Competition of the 1999 Berlin Film Festival. The follow-up to this debut, The 9 Lives of Tomas Katz, was filmed in true guerillastyle, takes on the spot and improvising actors included. Ben Hopkins will present the result of this fascinating experiment at Cinema Nova.