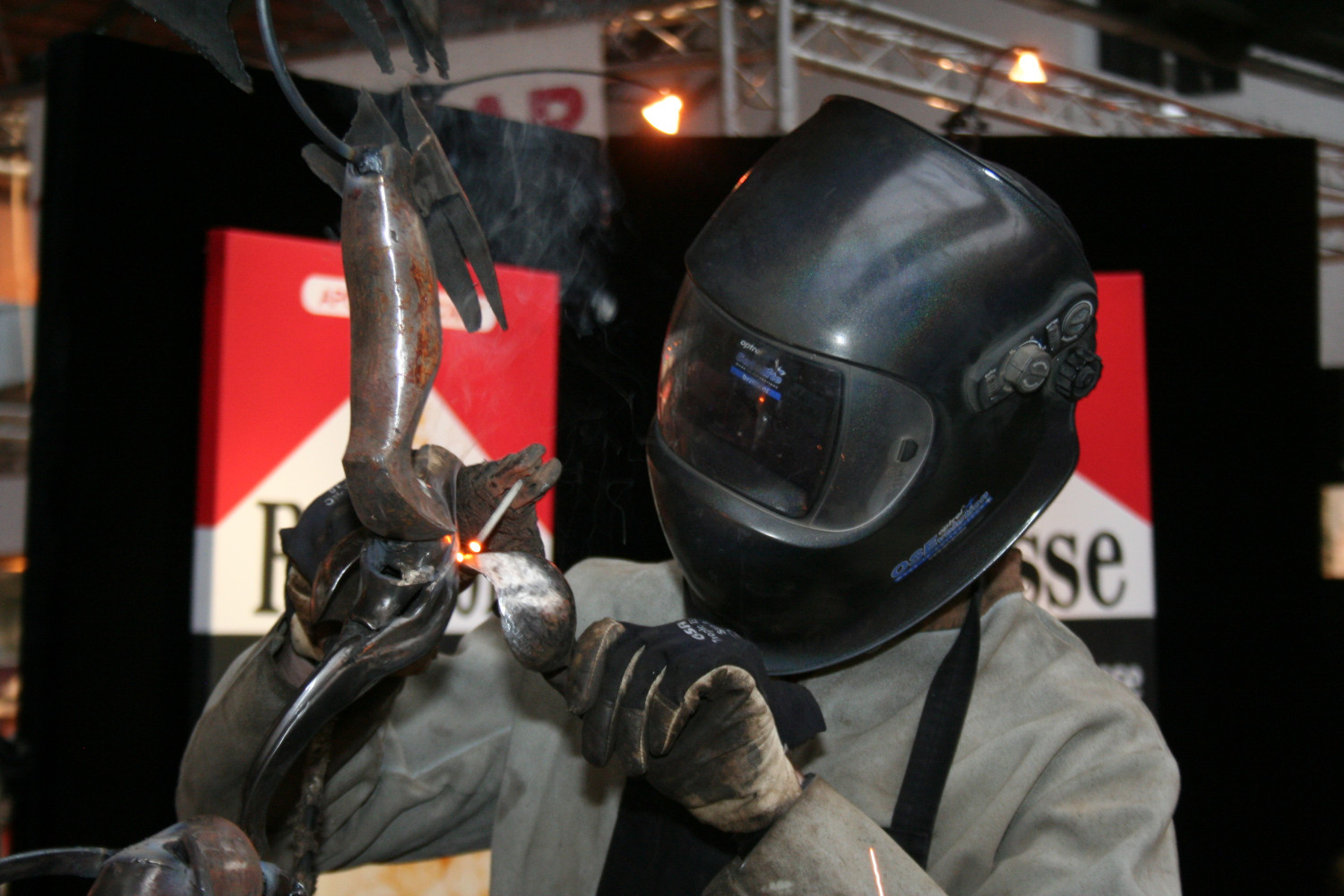 Benoit was born in 1972 in France. He became creatively aware when his family moved to Brittany. While living near the sea, he was exposed to all its unusual microcosms.
During his years at the art academy, he became frustrated with conceptualist teaching, which put too much emphasis on words, and decided to embrace a more sensual path of self expression. His early pieces were practical and experimental. As time went on, he began creating more biological beings, respecting nature. Living in Brussels reminds him of his childhood in the North of France. Now, with the birth of each creation, he reflects on past and future essences of life.
His spontaneous method of creation will expose the viewer to an assault on the senses. When confronted with one of his creatures, you’ll ponder the innumerable possibilities of pathways in life. The chaotic energy of the earth is reflected in each piece and has as a common thread the coming together of multiple life forms…