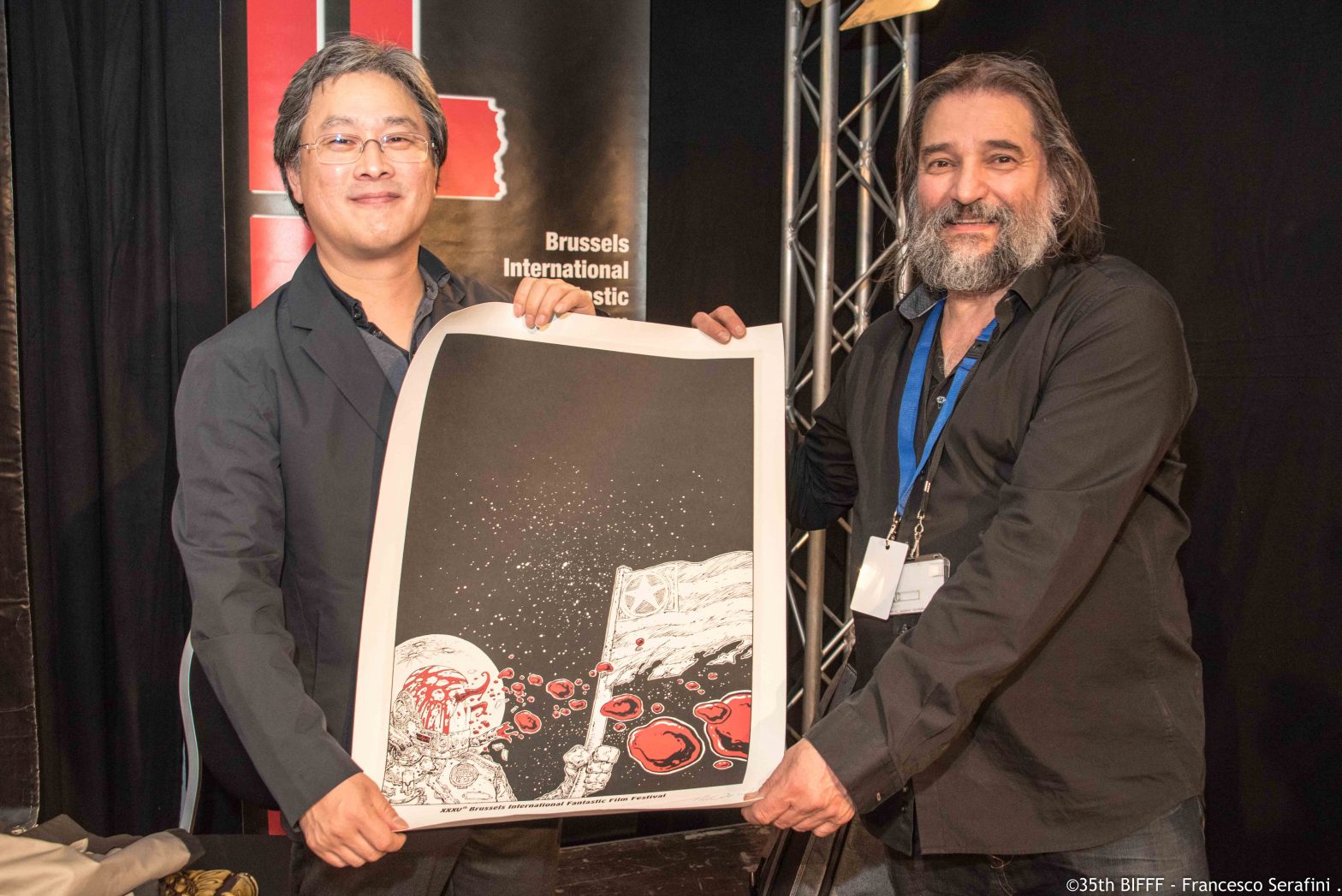 Let’s first thank Hitchcock for having made Vertigo, because without this film the young Chan-wook Park would have missed his vocation. Imagine a world without his legendary revenge trilogy. No Sympathy for Mr Vengeance, no Old Boy and even less Lady Vengeance. Quentin Tarantino, a fanatical fan of Old Boy, wouldn’t have sung his praises when he was chairman of the Cannes jury. Who would have adapted Zola’s Thérèse Raquin into a story about vampires and priests? Who would have gone to Hollywood to realize Stoker with Nicole Kidman? And what would Chan-wook Park have put in his closet if there weren’t those 60 awards, among which a Golden Bear from Berlin, two Jury Awards from Cannes (without forgetting his three nominations for the Palme d’Or) and a Golden Lion from Venice? Thank the gods for Hitchcock, because now Chan-wook Park is one of the greatest directors on the planet… and guest of honor at the BIFFF!