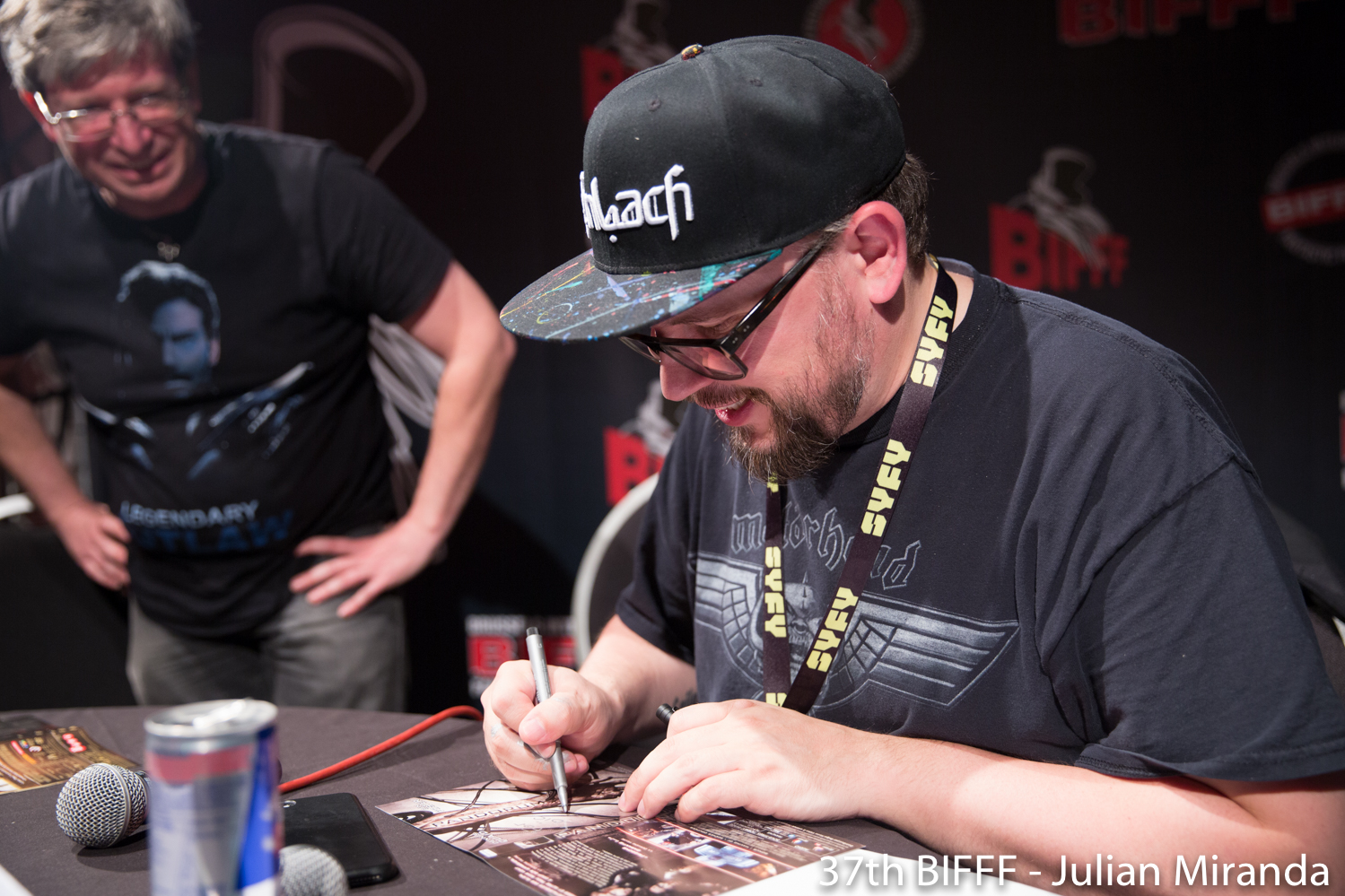 To all the bigot parents that censor every little television program, except for Sunday mass: here is your perfect counter example! Raised in the Christian backwaters of the Frankfurt suburbs, Christian Alvart has gladly surpassed all the boundaries that his strict family imposed on him and has become an expert in genre-bending film. Result? At 20, the gentleman directed ANTIBODIES and went around to world picking up awards! While Hollywood was looking with dismay at Moscow, Christian Alvart could be find working on CASE 39, a little gem of genre cult cinema, featuring Renée Zellweger and Bradley Cooper. With no time to waste, he directed none other than Dennis Quaid and Ben Foster in PANDORUM, with Paul W.S. Anderson (RESIDENT EVIL) in charge of the production. Not bad, eh? However, our talented director wasn’t seduced by a Faustian pact jeopardizing his artistic integrity and preferred to return to the homeland. He’ll bring CUT OFF to the BIFFF thriller competition, and partakes in our prestigious international jury!