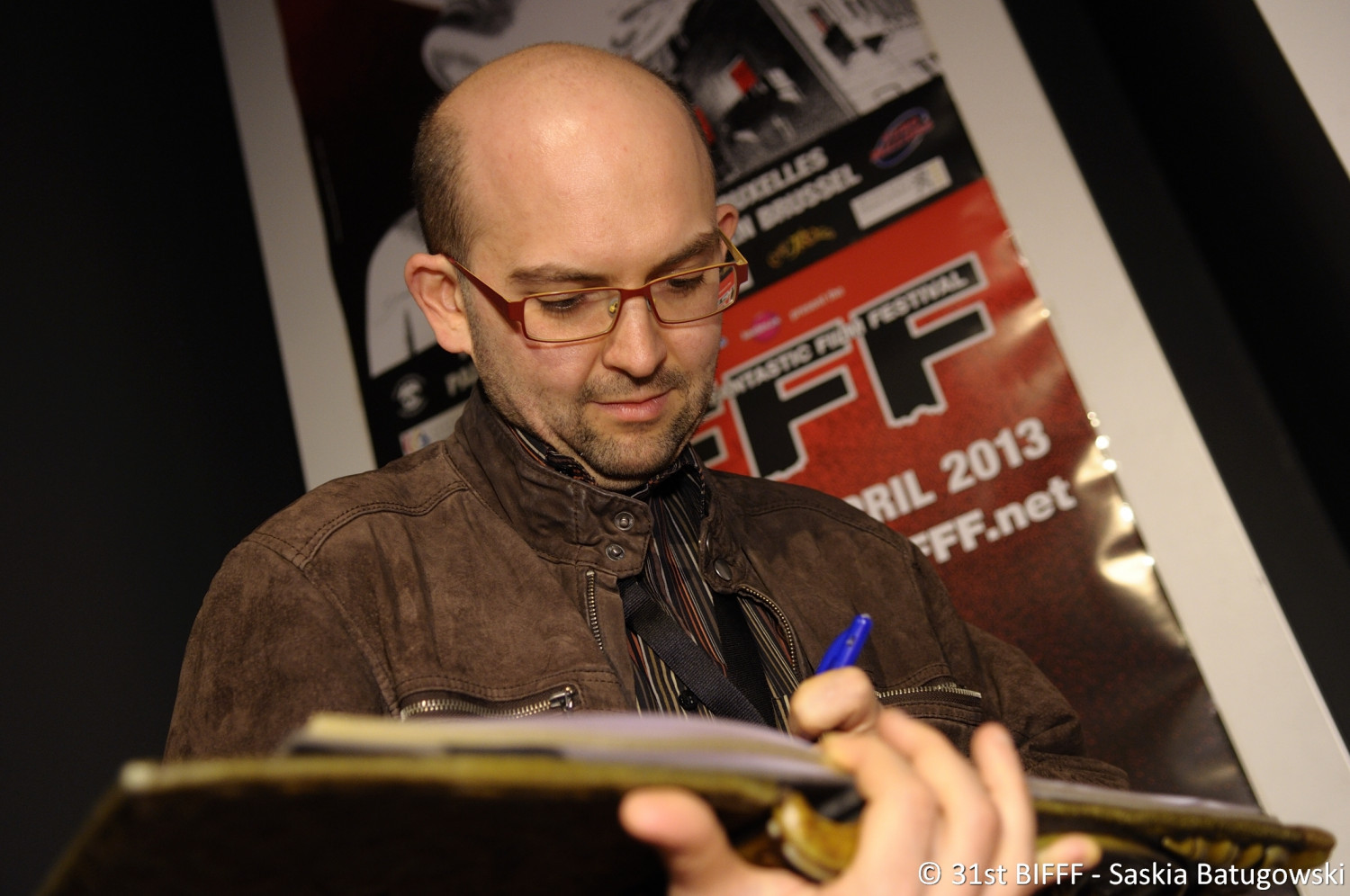 Christophe Bourdon is a journalist, columnist, writer, and manufactures small bowls with your name on it in his spare time. He became know with the TV show “Tout le monde veut prendre sa place”, broadcast on France 2. Bourdon is currently working as a columnist for “On n’est pas des pigeons !” and “Cine Station”, shows of the RTBF ( French Speaking Belgian Public Television ). This member of the UPCB ( Belgian Film Critics Union ) fell into a cauldron of fantastic films as a boy. Remember, do NOT feed him after midnight !