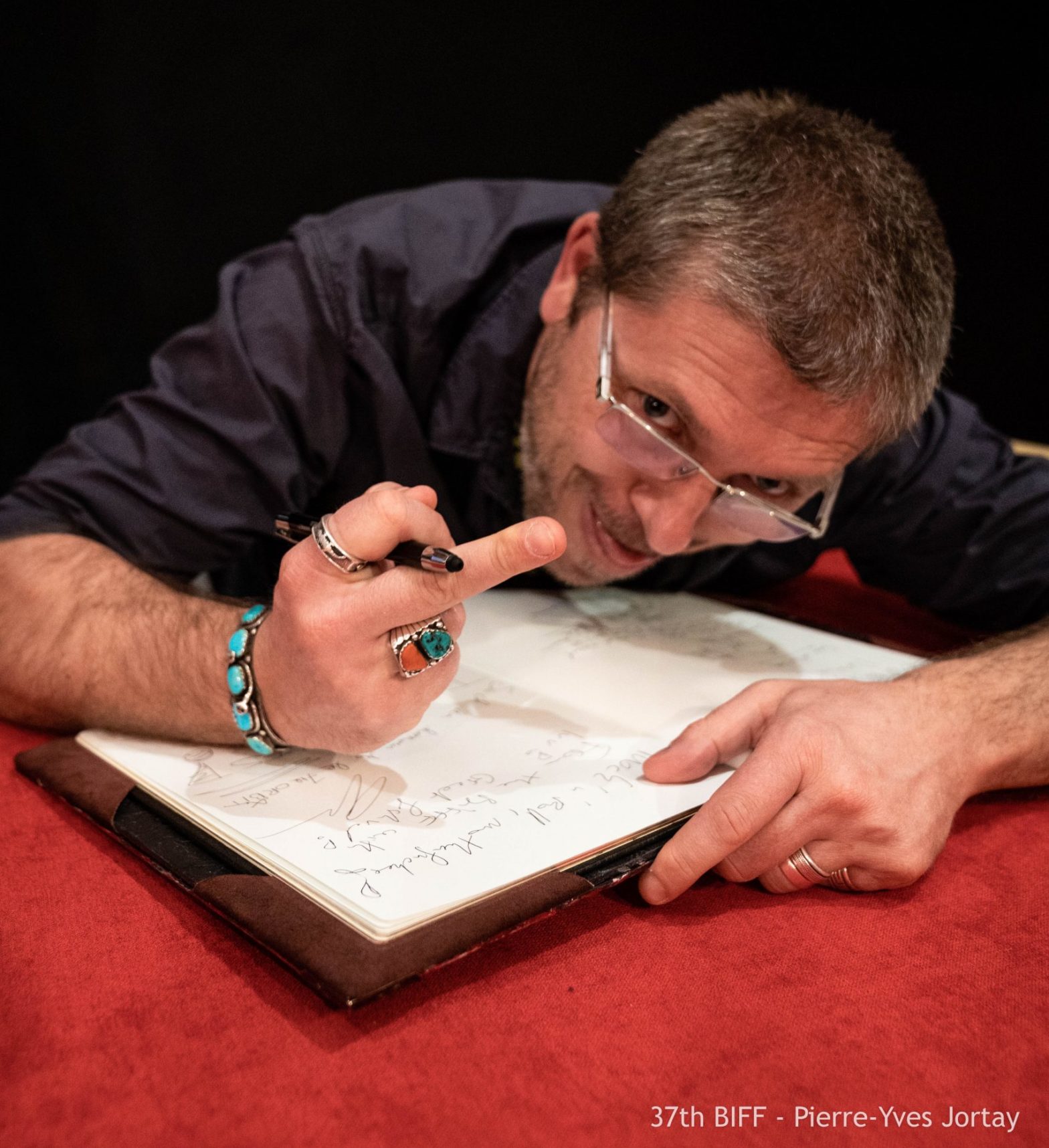 From his teenage years on, Christophe Goffette has been feeding on the multi-headed beast of genre cinema, rock and roots music in the broad sense of the term, comics and speculative fiction. He started his own fanzine at 14, after which he got hold of his first freelance jobs at 15, gave the pseudo national education system the finger on his 16th birthday, before being assistant editor at 19, and editing and founding his proper first magazine at … 22! From then on, determined to share his different passions and to always be strictly independent, he has lead and/or written for different magazines about cinema (BRAZIL), music (Best, Crossroads…), and comic books (Fluide Glacial), while writing and directing more than twenty publications and producing, writing, and directing different cinema reportages, DVD bonuses and even a feature film, UCHRONIA, that is almost ready to see the light of day.