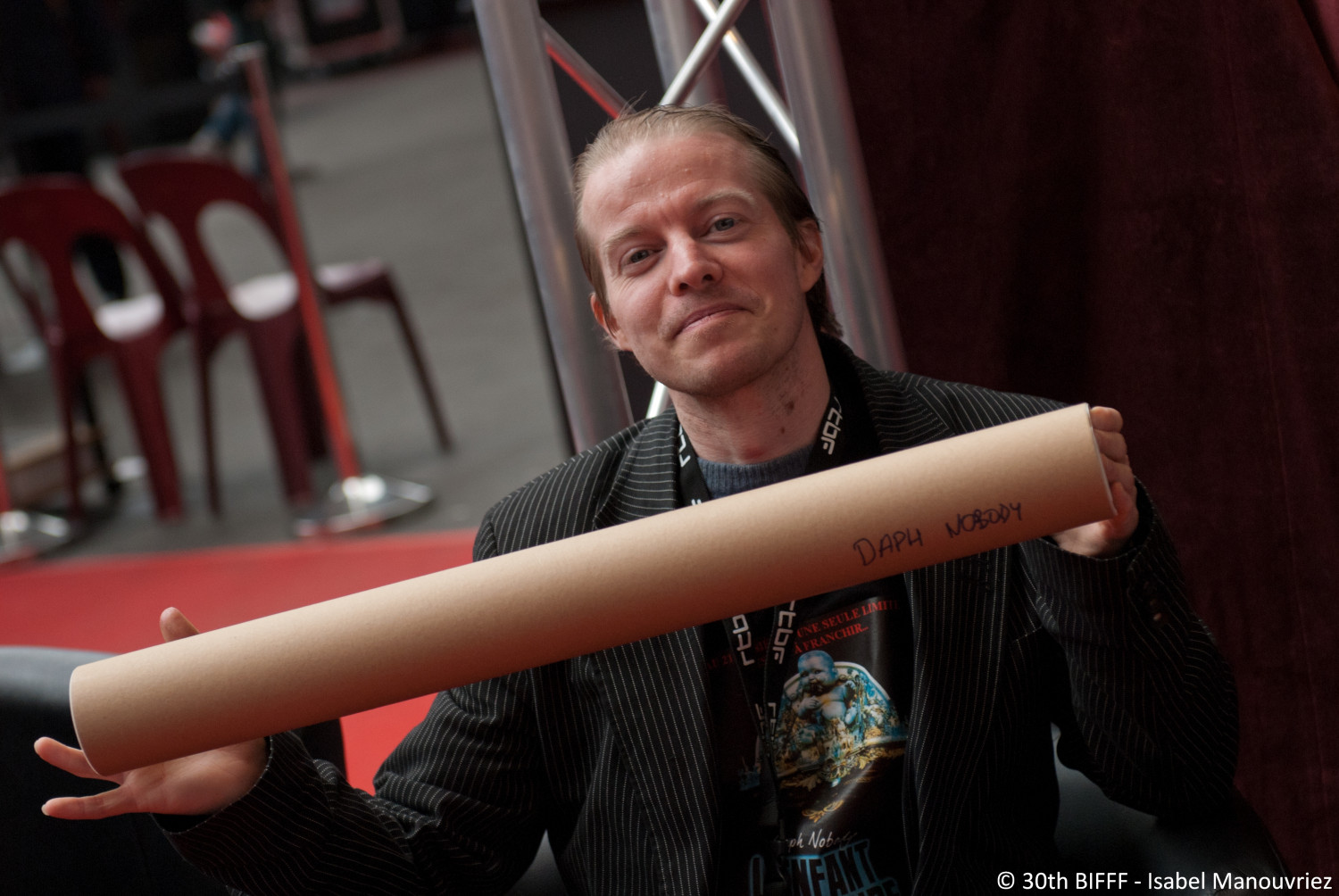 Daph Nobody writes in French and English and has published fantastic and horror novels for twelve years now. His novel Blood Bar ( 2009 ) is nominated for the Chimère Award and the Futuriales Award in 2011. Contrary to the Twilight series, Blood Bar is a more realistic horror novel, which por trays a world in which people need blood to survive. Nobody, already compared to masters as Stephen King, David Lynch and Edgar Allan Poe, has also written the script of A Broken Life, starring Tom Sizemore and Ving Rhames, and the novels Les Ténèbres Nues and La Lumière des Au-delà. His most recent novel, L’Enfant nucléaire, was published on 7 March 2012. This sensational politic thriller contains a nice dose of horror, fantasy and suspense !