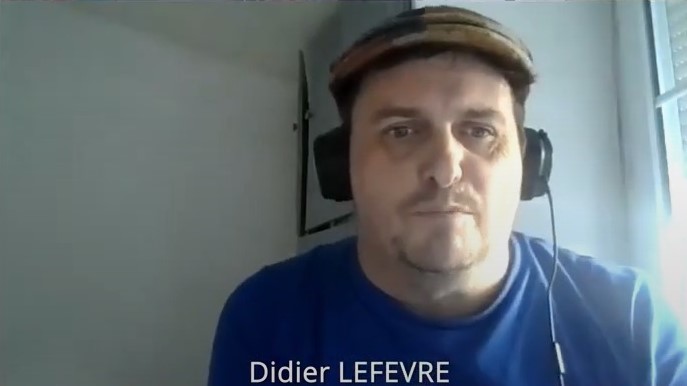 Diddier Lefèvre was born on May 12th, as was a certain Jess Franco… Coincidence? We don’t think so! Growing up at the height of 1980s exploitation cinema and videoclubs, Didier falls madly in love with B-movies. In 1989, he creates Médusa, a groundbreaking fanzine (28 numbers as we speak). That’s not enough to quench his thirst for cinema and writing, so he launches another fanzine in 1997, Hammer Forever, dedicated to this cinematic landmark of English horror (40 publications to date). As head of the Médusa blog, avid fanzine collector and occasional radio host (“Radio Médusa” on Radio PFM), Didier somehow still manages to find time to help out his friends, contributing to a bunch of other fanzines : Vidéotopsie, Le Bissophile, Le Charognard, Darkness Fanzine, Fantasticorama, Horror Pictures… In 2013, he even writes and publishes his first novel ‘Le Gros’, released by Euryale publishing and – judging by his voracious passion – certainly not his last! How on earth, do you ask, does he still find time to be the frontman of the punk’n’roll band, Dead Rats, writing most of the lyrics himself? We have no idea… One thing we do know though. He’s definitely not from this planet!