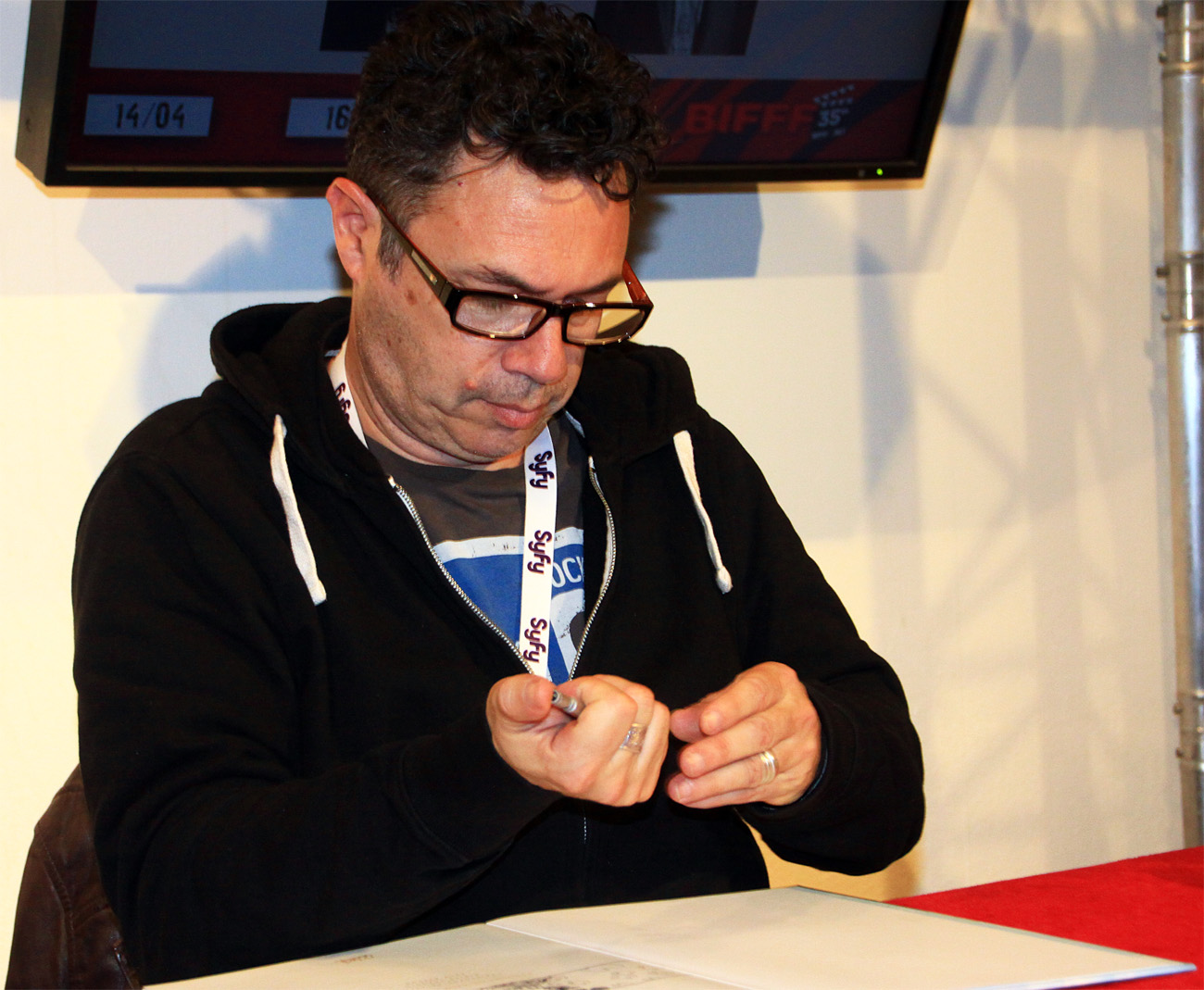 Didier Tarquin might share his name with an Etruscan king, he luckily doesn’t share his fate, because King Tarquin was brutally murdered by two angry shepherds. If Tarquin would have found himself in that same situation, he would have defended himself with… a pen. Because everybody knows the pen is mightier than the sword. Even as a toddler he scribbled like mad and his first doodles got him into the Plastic Arts Academy of Aix-en-Provence. Even though his stay there was temporary, he did get infected by the 9th art; to the joy of many comic-strip fans. For more than 20 years, together with Arleston, he forms the iconic duo which has created one of the biggest fantasy saga’s of the Franco-Belgian comic-strip world. Lanfeust of Troy counts more than 50 titles, divided over several series (Lanfeust Odyssey, Lanfeust of the Stars, Trolls of Troy …). For the 35th BIFFF, this exceptional comic-strip artist has not only spoiled us with his talent, but has also given us his idiosyncratic view on sciencefiction. Enjoy!