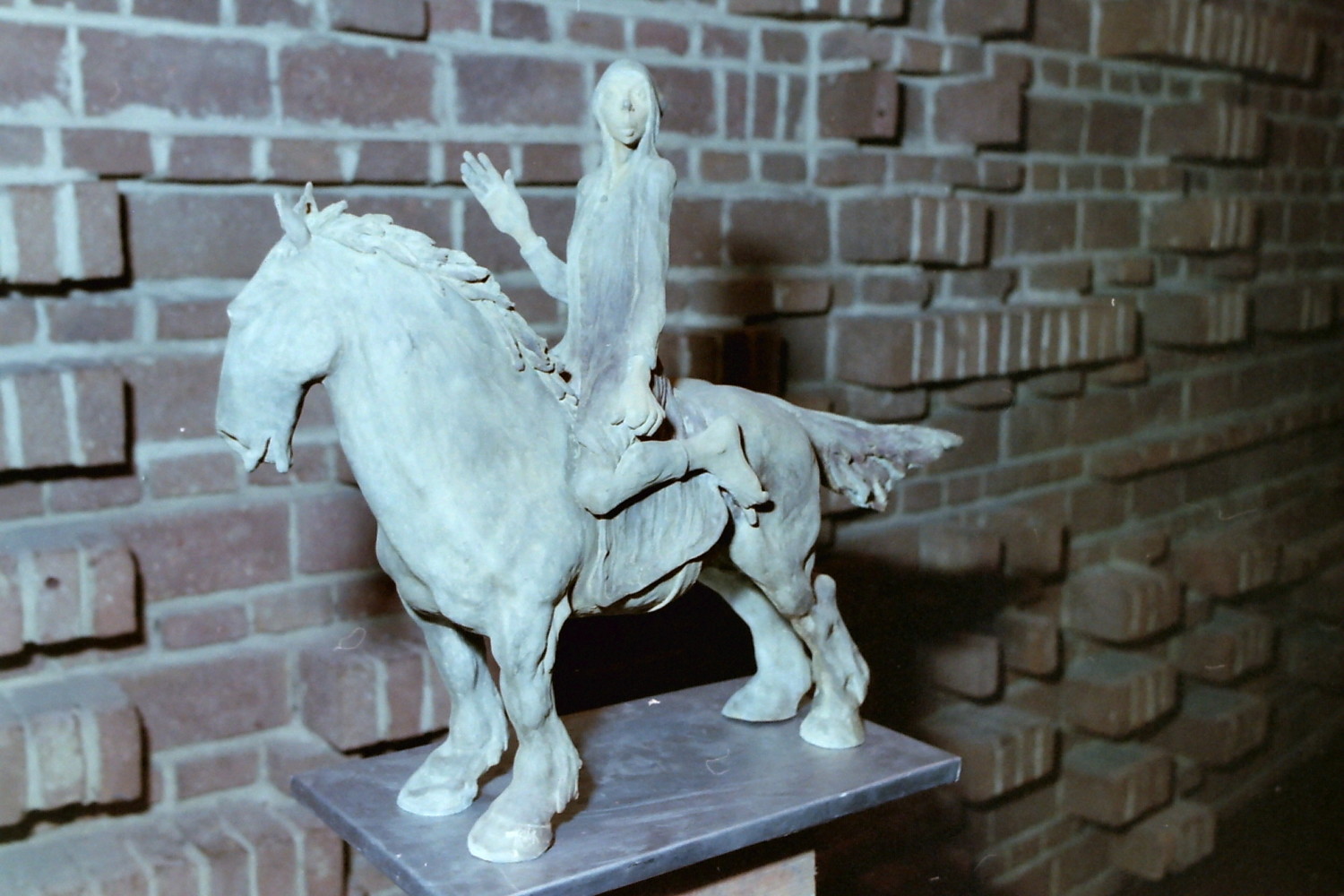 Dirk De Keyzer was born in Sleidinge, a small village near Ghent, in 1958. For more than 20 years, he has been going his own way in the world of sculptors. At first, he experienced the fate of every starting artist: he worked very hard but received little recognition. He continued sculpturing persistently because, according to him, it was the only thing he was cut out for. Making sculptures is more of a predestination than a choice for Dirk De Keyzer. Although he can very easily appeal to his technical talent while realising his creations, the act of modelling challenges him the most and really fulfils him with satisfaction. Most of his sculptures represent self-willed and elegant women, but priggish and slightly eccentric little men also appear. They show a zest for living without complexes and encourage us to see things from the right perspective.