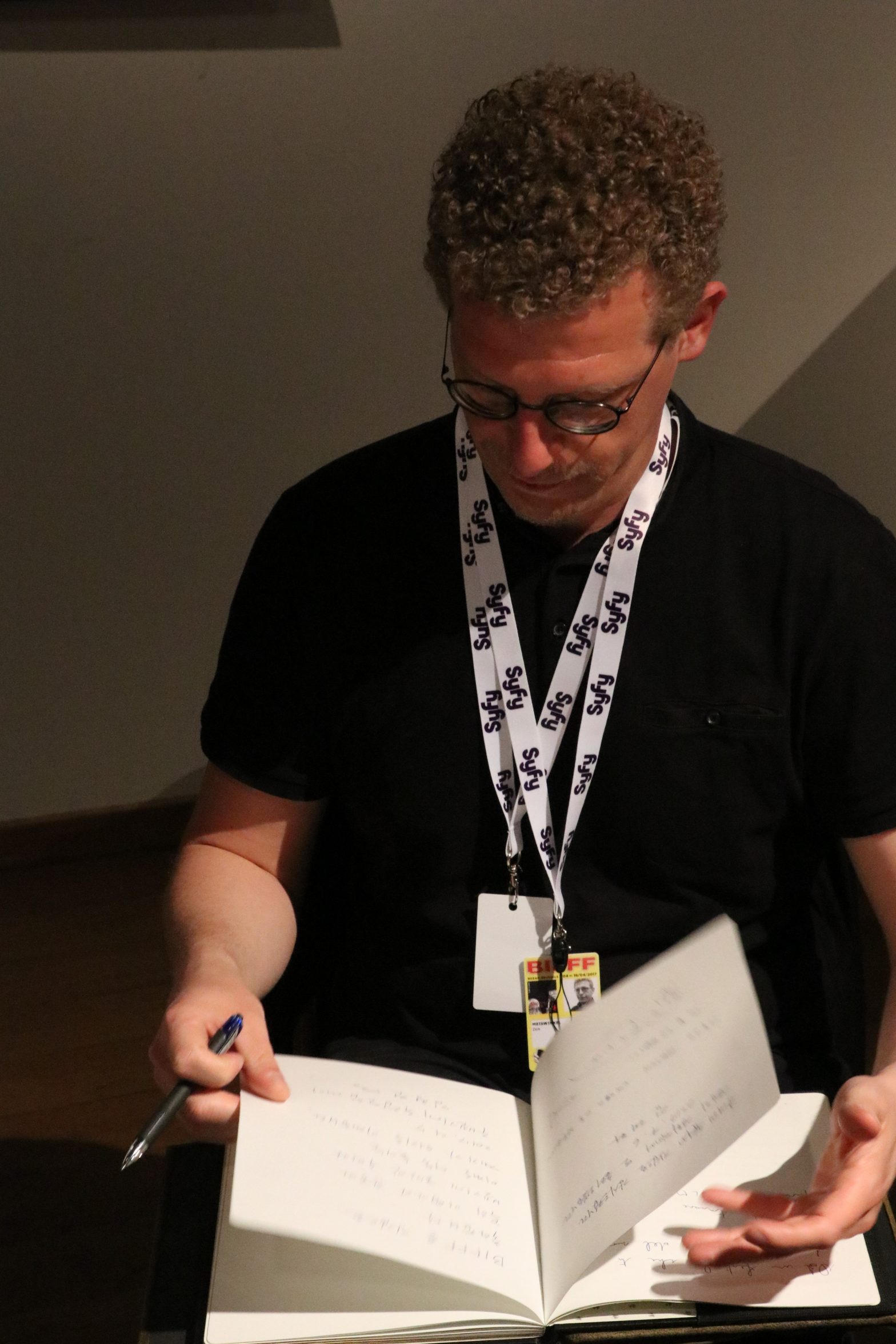 Dirk is the creative mind behind “Krimi-Küche” (“crimes’ kitchen”). Since 2012 his murder mystery games are notoriously famous for thriller fans, cooking buddies and role game players in the German speaking parts of Europe. As Dirk is supporting the short feature’s programming of the Fantasy Filmfest in Germany, the author is a yearly guest at the BIFFF.