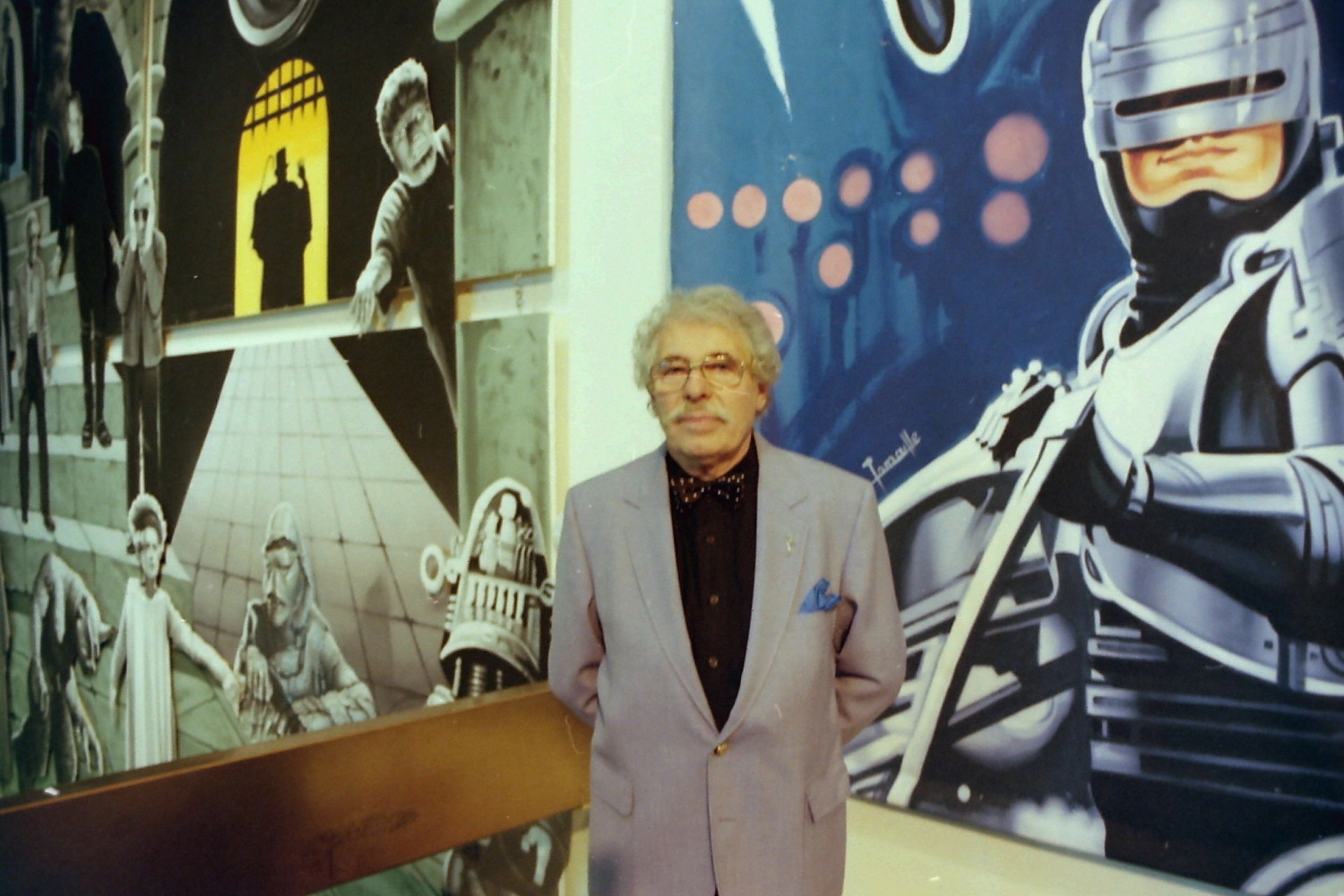 Craftsman of Light and Shadow Edmond Jamoulle is Belgium’s last painter of movie panels. Initiated at an early age, he naturally came to realize advertising panels after attending the Royal School of Arts. He soon became one of the best designers of movie panels. Since the early 60’s, his creations can be seen hanging above most cinemas in Belgium. With the advent of large movie complexes, calico painters have progressively disappeared. Nowadays, cinemas prefer more modern and faster techniques, such as computers, and panels which are still made by hand can seldom be found. However, Edmond Jamoulle still proudly practices his art according to a process which has not or has hardly changed through the years. A projector sends the enlarged images of movie star pictures on a white canvas. Their outlines are then drawn in pencil. The coloring process, realized with airbrush and paintbrushes, together with the lettering, is part of the final stage, for which the artist receives the help of assistants. After being exhibited, the canvas are whitened in order to be used again, that is if someone is not interested in buying the panel. Edmond Jamoulle also makes use of his talent to create sets and oil paintings. On the occasion of the 20th anniversary of the Festival, he presents an exhibition about the giants of fantasy cinema.