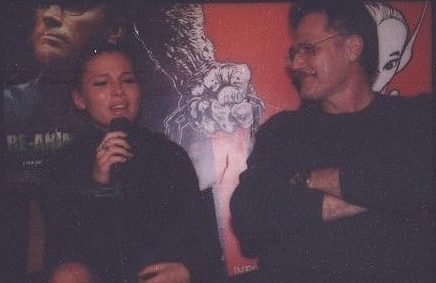 Spanish actress Elsa Pataky (Madrid °1976) was catapulted to fame by her part in the popular TV series Al Salir de Clase (School’s Out). It therefore comes as no surprise that a spot on the big screen was waiting for her. She made her debut in Jo Sol’s Tatawoo, soon followed by Alvaro Fernandez Almero’s horror thriller The Art of Dying, shown at the Festival in 2001. That year, she also starred alongside Victoria Abril and Penelope Cruz in Agustin Diaz Yanes’ fantasy comedy No News From God, Miguel Bardem’s Twelfth Night and José Semprun and David Blanco’s Peor Impossible. This year, Elsa Pataky will tell us about her confrontation with the incorrigible Doctor Herbert West in Brian Yuzna’s Beyond Re-Animator.