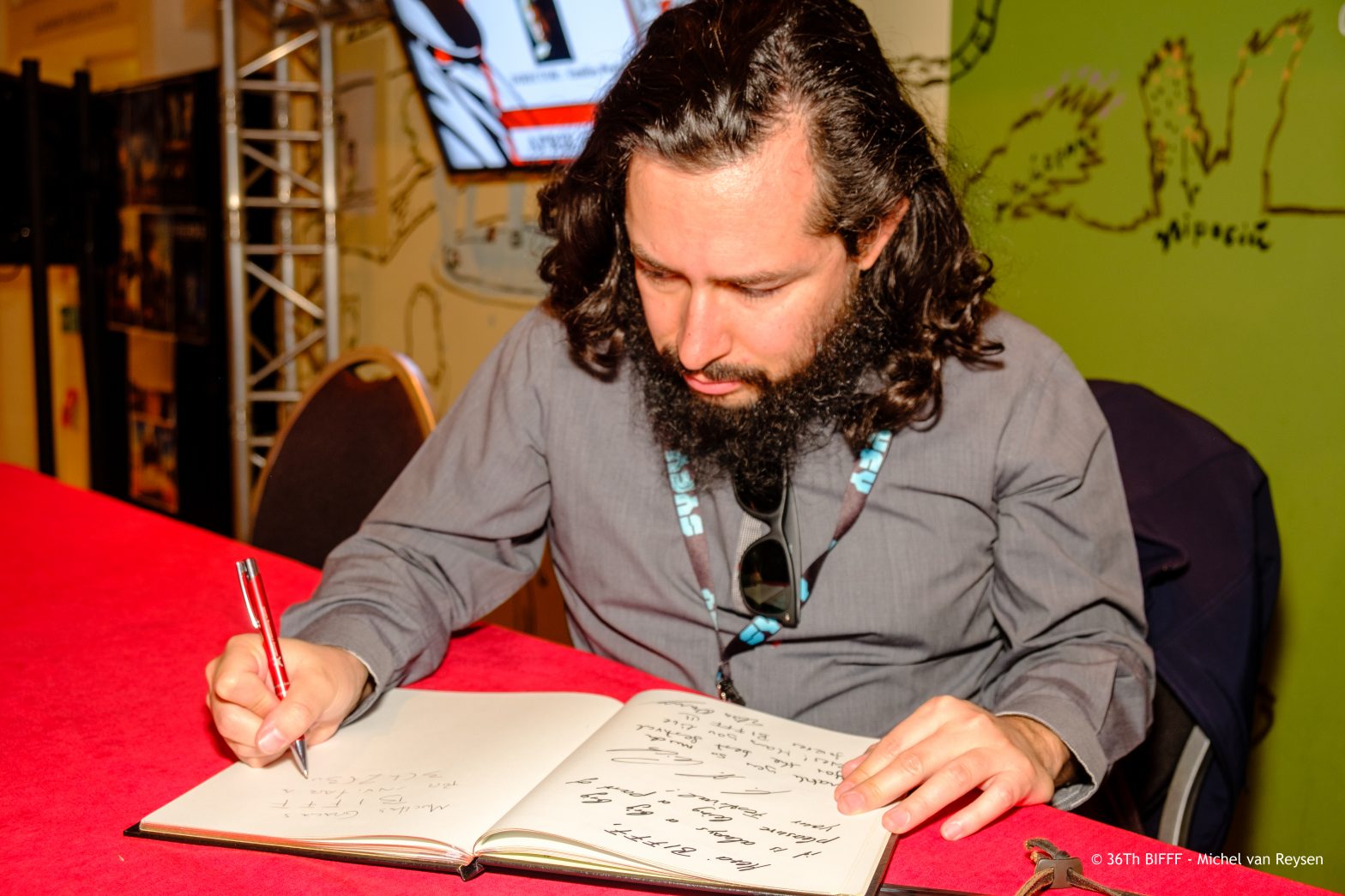 With just 3 released films, Portes has made a small career around comedy with a distinctive dark
sens of humor and a dynamic camera style, set in modern Mexico. In 2011, his 2nd film Pastorela,
a Christmas Horror-Comedy screened at the BIFFF in 2013, opened at 2nd place at the Mexican
Box Office and sold about a million tickets among the winter blockbusters. This year, he’s back
at the BIFFF with Belzebuth !