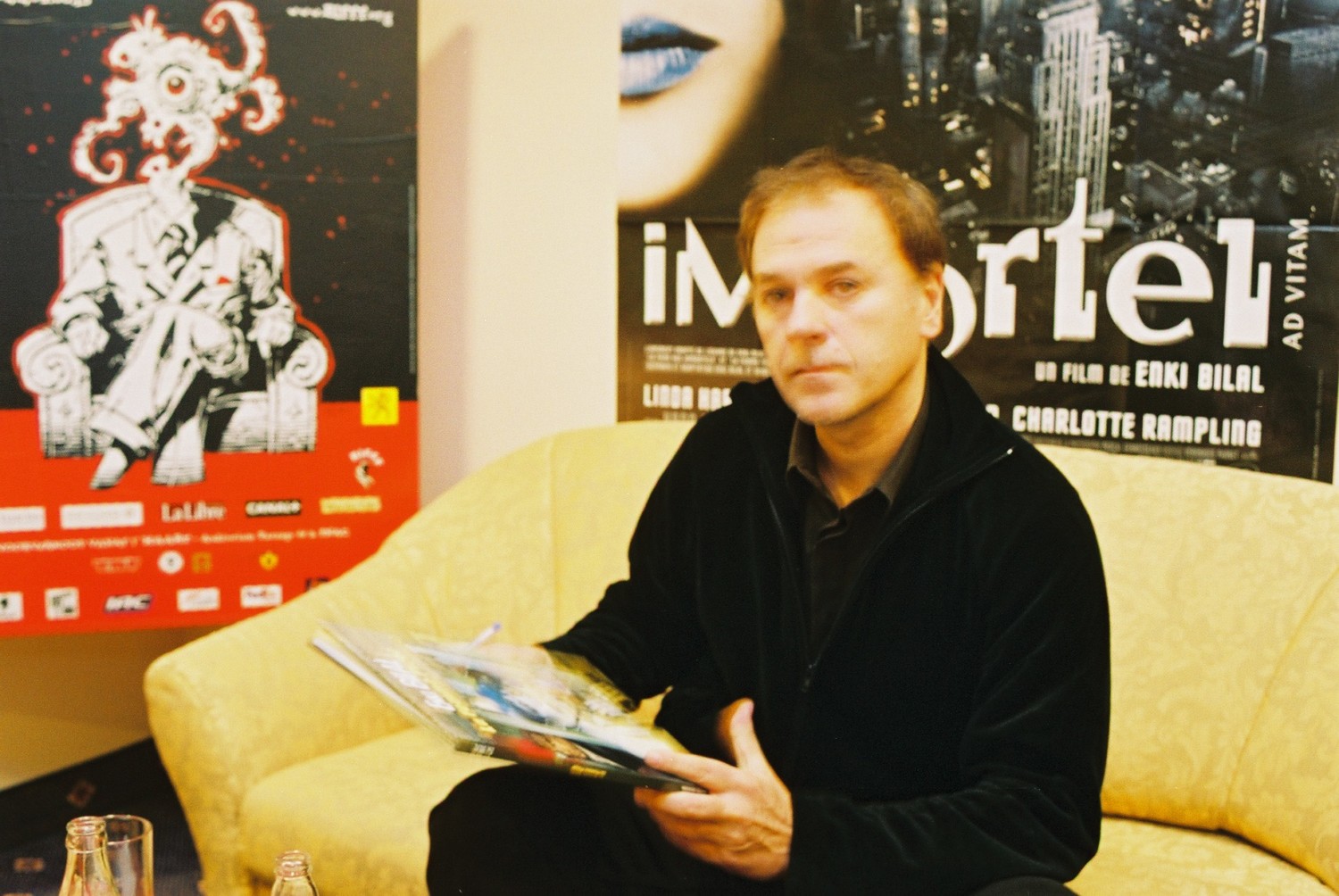 Enki Bilal was born in Belgrade, Yougoslavia, in 1951. He left his native city at the age of 9 and went to Paris. There he developed a passion for comic books. Meanwhile, he has not only become the author of contemporary classics like Gods in Cheops, The Town That Didn’t Exist and Outer States. Bilan has also designed the poster for the film Mon Oncle d’Amérique and the sets for La Vie est un Roman, both by Alain Resnais. His first film, Bunker Palace Hotel (1989) consolidates his reputation as an authentic designer of grey unrealistic worlds and a pessimistic prophet. This is also the case in the overwhelming Tykho Moon, which he presented in 1997 at our Festival. His latest film Immortal is again based on his own comic, La femme-piège, and we’re extremely proud that Enki Bilal will present it at our Festival.