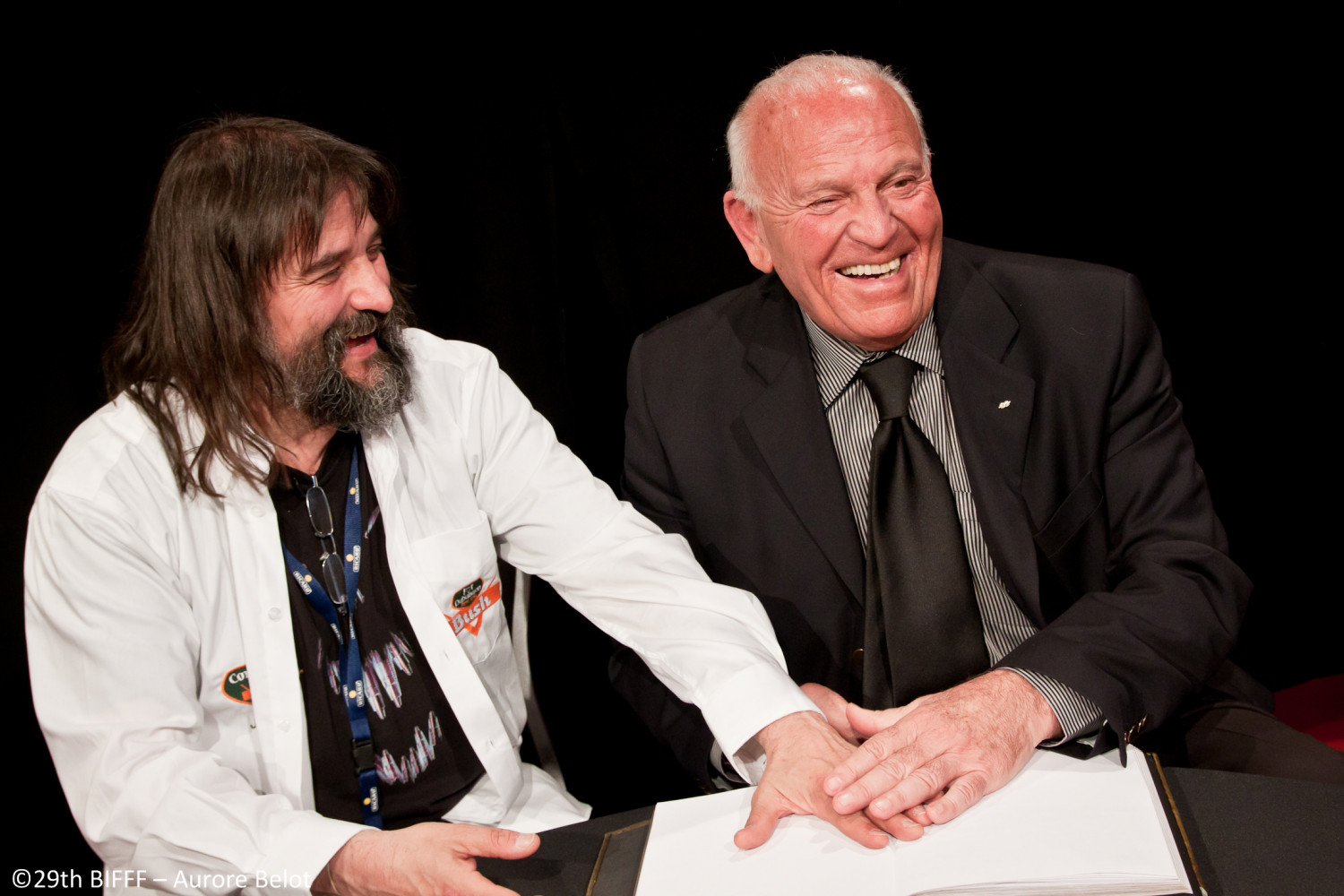 Enzo G. Castellari is an Italian writer, actor, editor, producer and director. He’s famous for his spaghetti westerns from the 60ties, such as Go Kill and Come Back, A Few Dollars for Django or Go Kill Everybody and Come Back Alone. In 1977 he realized the original Inglorious Basterds, of which Quentin Tarantino directed the remake in 2009 : Tarantino paid tribute to Castellari by offering him a cameo as a nazi general.