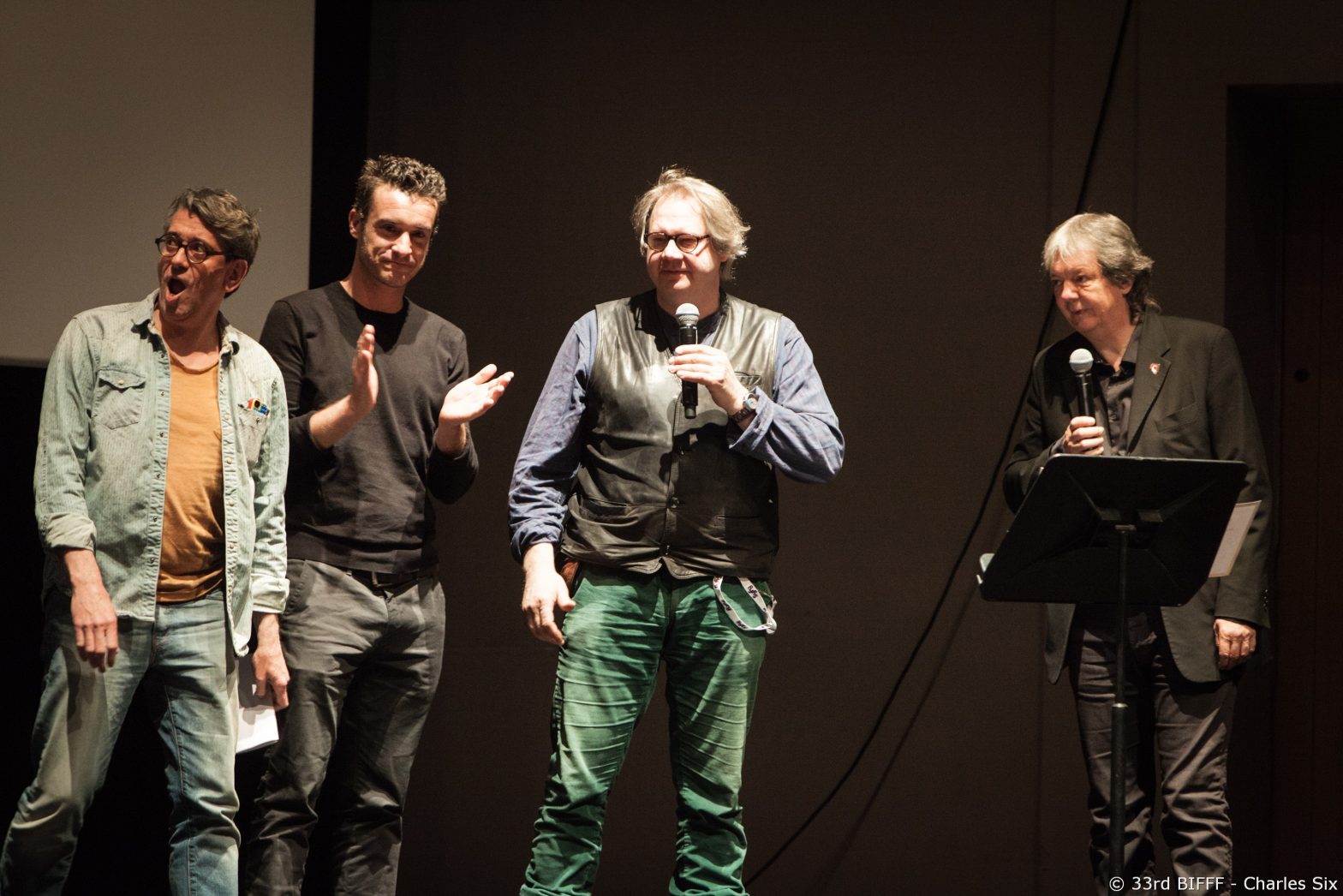 Actor, director, scenarist, radio host, improvisator, but also teacher at the I.A.D film school; Eric De Staecke is a true chameleon of the arts. When he isn’t directing Bruno Coppens or Panach’Club, he flies over to Avignon to take part in a play by Jaco Van Dormael. And when that isn’t enough, he stars in movies: Palais Royal, Libre Echange, Angélique Marquise des Anges and recently Le Grimoire d’Arkandias. Hopefully the festival will give him enough energy and things to do!