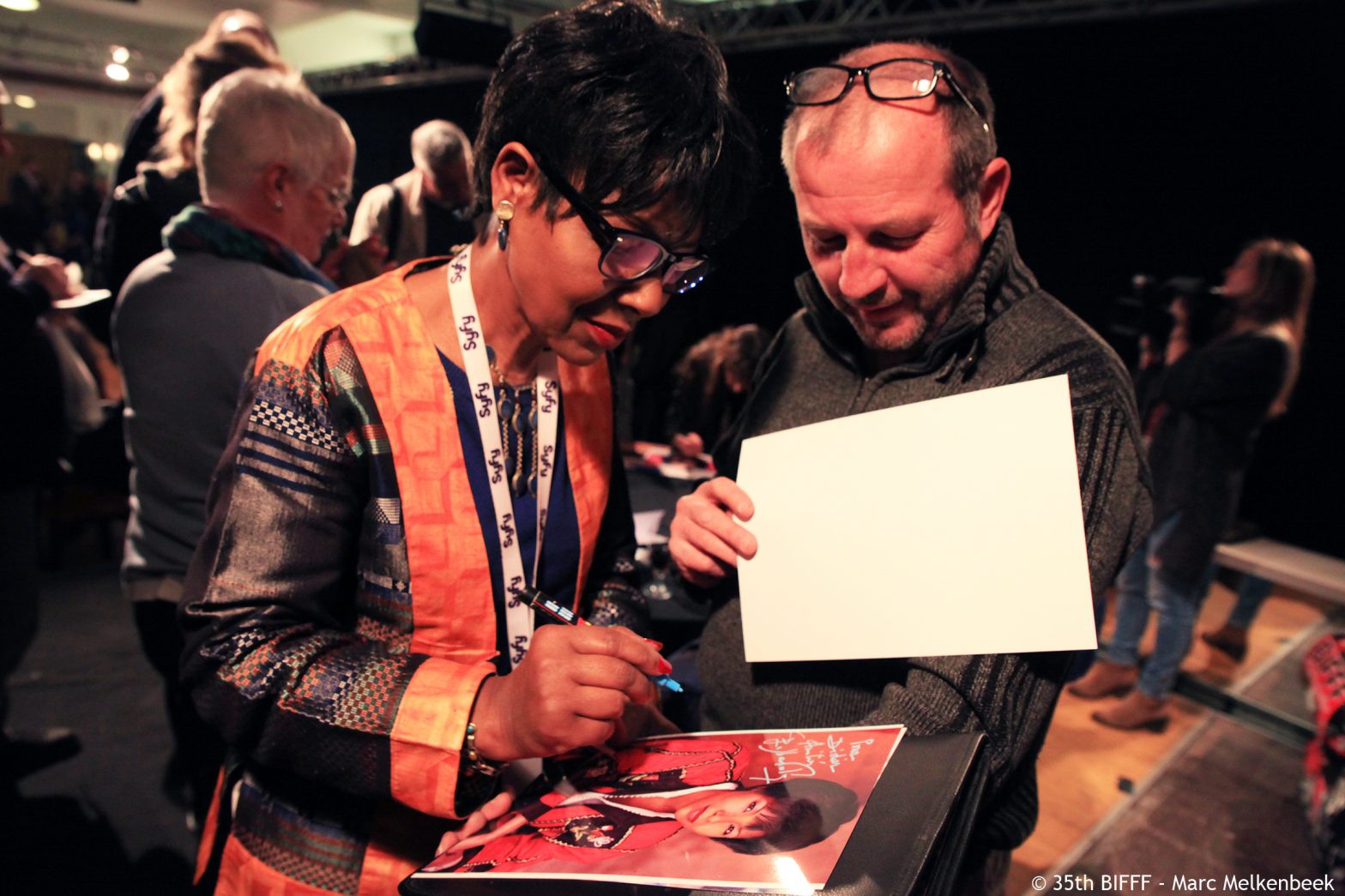 Martinique-born Euzhan Palcy, an unconditional fan of Fritz Lang and Orson Welles, studied French literature at the Sorbonne and cinema at the “Ecole Nationale Supérieure Louis Lumière”. Encouraged by her “French godfather“, François Truffaut, Palcy directed her first feature, Sugar Cane Alley, in 1983. 17 international awards later, she becomes the first black woman to win the Venice Golden Lion and the French Caesar for Best First Feature. Robert Redford, impressed by her work, invites her to Sundance and become her “American godfather”. Another great man will be so moved by her work, that he’ll end an absence of nine years to return to cinema: Marlon Brando! He’ll play in Palcy’s second feature, A Dry White Season, alongside Susan Sarandon and Donald Sutherland. This militant anti-apartheid film will be banned for a while in South Africa, but later on she’ll get to meet Nelson Mandela. As she kept the best for the end, she won our 1993 Silver Raven with Simeon. Almost 25 years later, after having just joined the American Oscars Academy, she’ll be the chairwoman of our International Jury.