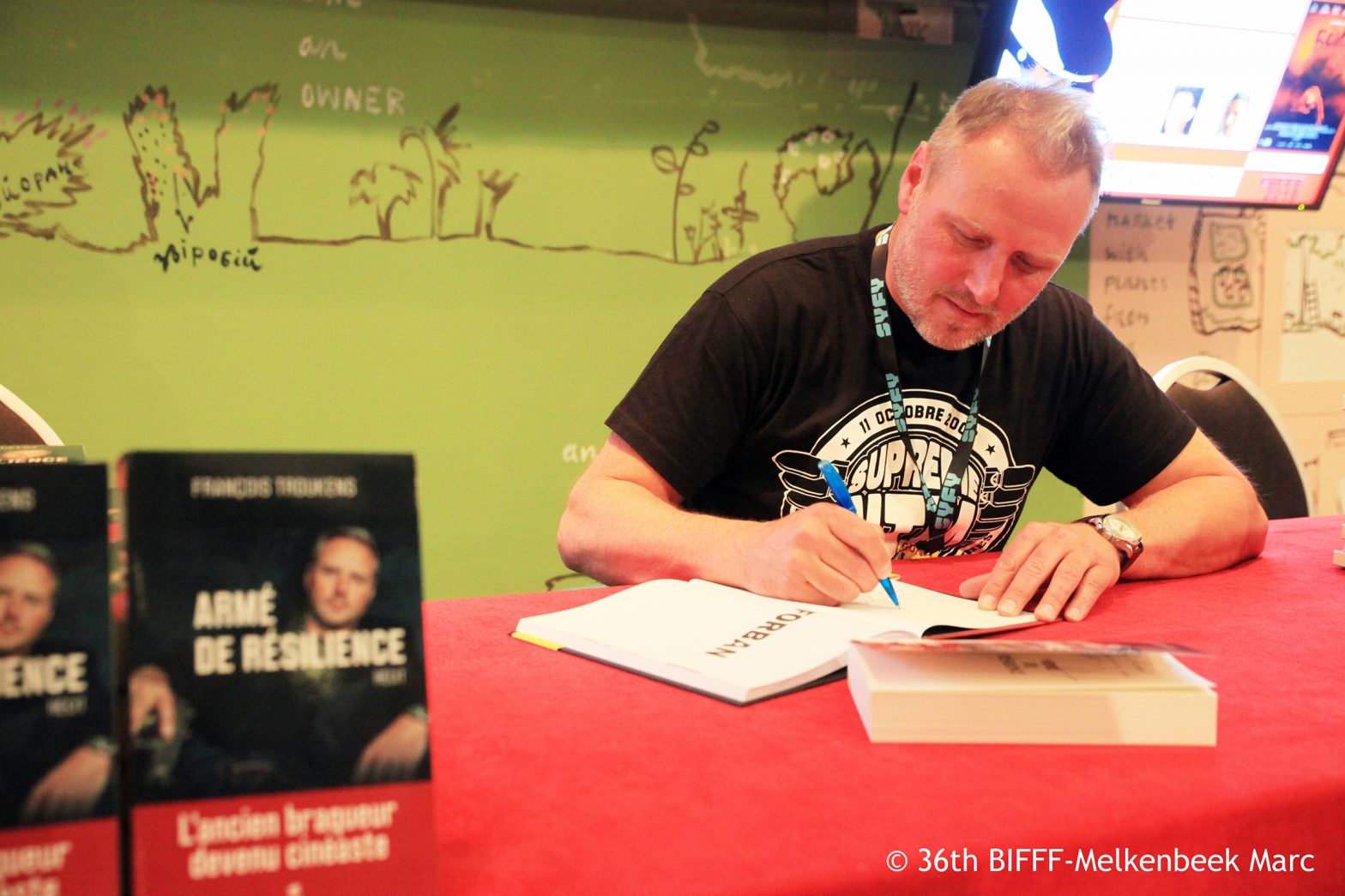 François Troukens’ life resembles that of a crime novel. He’s about twenty years old when he becomes a gangster. He’ll encounter all the clichés of the ‘profession’: prison, recidivism, escapes, car chases, shoot-outs and… redemption. In prison, he gets a bachelor’s degree in Modern Literature and starts writing his first scripts. When he gets out, he’s already an accomplished artist. He writes comics (Forbans), is an activist with his association Chrysalibre (which uses culture to fight radicalization in jail), works for radio and TV on RTL and writes books (his novel Resilience Army was released last November). And now he also directs. Tueurs (Killers) is a riveting crime thriller with a five-star cast which premiered at the Venice Film Festival, Troukens has definitely completed his transformation. His past as a gangster feeds his future as an artist. He has turned the page, as they say.