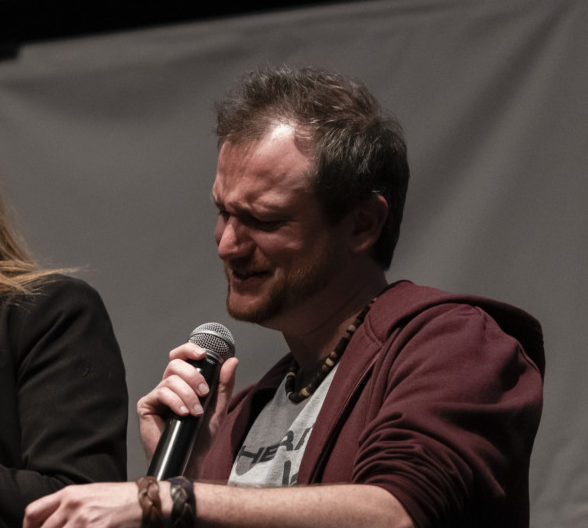 Author and scriptwriter Fred Castadot has a degree in Art History and Cinematographic Analysis and Writing. This versatile writer (for music, cinema, television, comics… ) also teaches scriptwriting, film history and video art at the Agnès Varda school in Brussels since 2010 and scriptwriting at the Université Libre de Bruxelles (ULB) and the INSAS since 2017. In 2015, after writing for several series and films, he directs his first film, PLEIN SOLEIL, which was selected to 80 international festivals and received 25 awards. That same year, he joins the writers team for the RTBF series ENNEMI PUBLIC, which receives a MIPdrama award and is distributed all over Europe, Australia and in the United States. In 2017 he writes the script for the science-fiction short FUGAZI, directed by Laurent Michelet. He’s recently involved in the development of GHOST STORY, a fantasy series for the RTBF. He’s the chairmen of ASA (Organization for Audiovisual Scriptwriters).