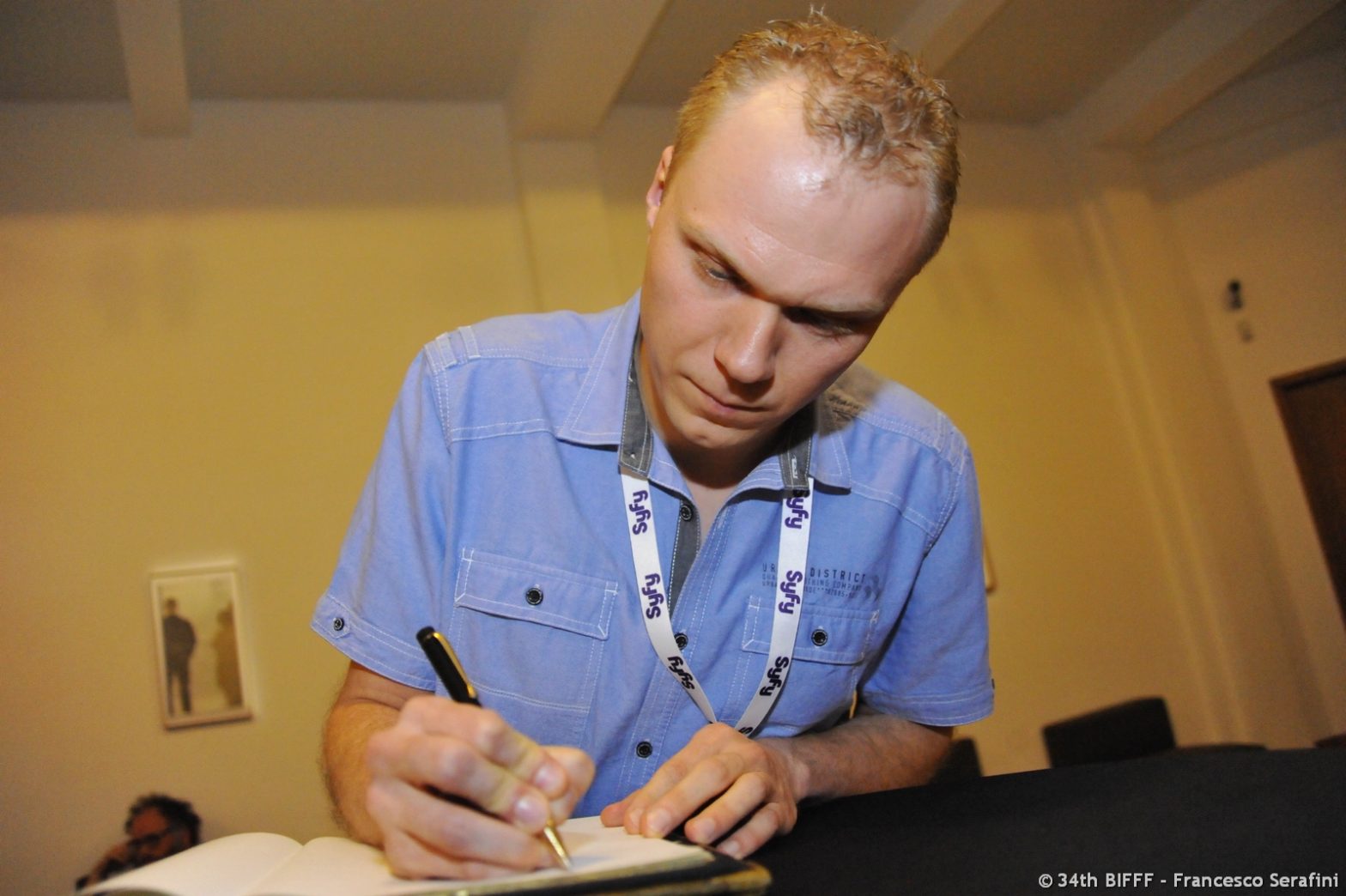 While the other kids were spending their time playing soccer outside, little Geoffrey Claustriaux was stuck at home because of his asthma. A blessing in disguise, because his many hours spent at his house allowed him to discover the world of literature. One thing led to another and his passion for Lovecraft pushed him into writing. He was first an online movie critic and worked at the same time at the SPF Santé (health center). While taking the train to work, he wrote his first fiction novel, which was published in 2012: ‘Les Royaumes éphémères: L’Odyssée du Jeune Fauve.’ He’ll continue his ‘Royaumes éphémères’ saga while also working on other projects such as ‘Les Chroniques de L’Après-Monde’ (2014), for which he won the 2015 Revelation Prize at the Futuriales.