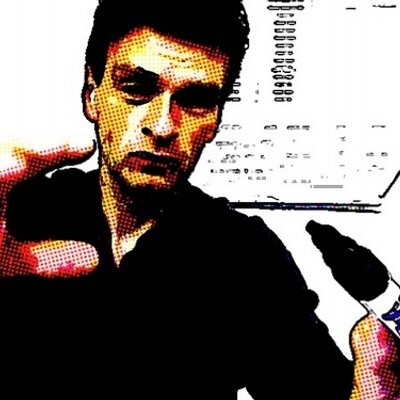 PLANET OF THE “SCREENS” A scenery designed by students from the evening class in Illustration & Comic-Strips at the Brussels Academy of Arts. The bar of the Festival of Fantasy Films is seen through the eyes of a zapping Big Brother. Hybrid screens come out of the walls, revealing to the public a cathodic vision of a universe essentially devoted to the cult of the screen. The evening class in Illustration & Comic-Strips from the Brussels Academy of Arts leads its students on an original search into creation around the narrative and sequential picture. Illustrating or making comic strips is the pleasure of communicating, juxtaposing, articulating, composing, clarifying and re-inventing the infinite relations between text and picture at the service of the narrative and its audience, around stereotypes and conventions.