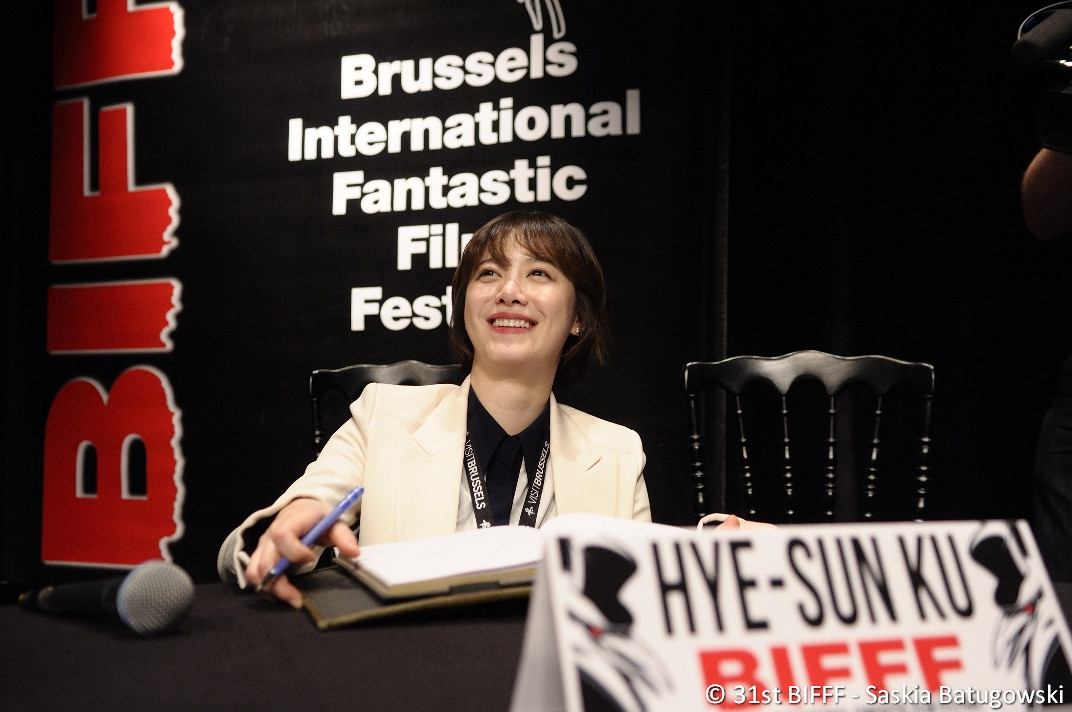 South-Korean actress and filmmaker Hye-Sun Ku became known online as an Ulzzang, meaning “Best Face” in Korean. With her thin curves and her very white skin, this beautiful Asian was introduced to the public in 2009 with the successful soap Boys Over Flowers. She also briefly stepped in the music world by composing the original sound track of the soap. In 2011, she plays the lead in another soap, The Musical. She also stars in the popular Taiwanese Tv-series Absolute Boyfriend. Besides acting, Hye-Sun Ku has also written a romantic novel ; Tango, followed by an art exhibition of the same name. Her first feature film was called Magic ( 2010 ), while her second, The Peach Tree, will be presented at the BIFFF.