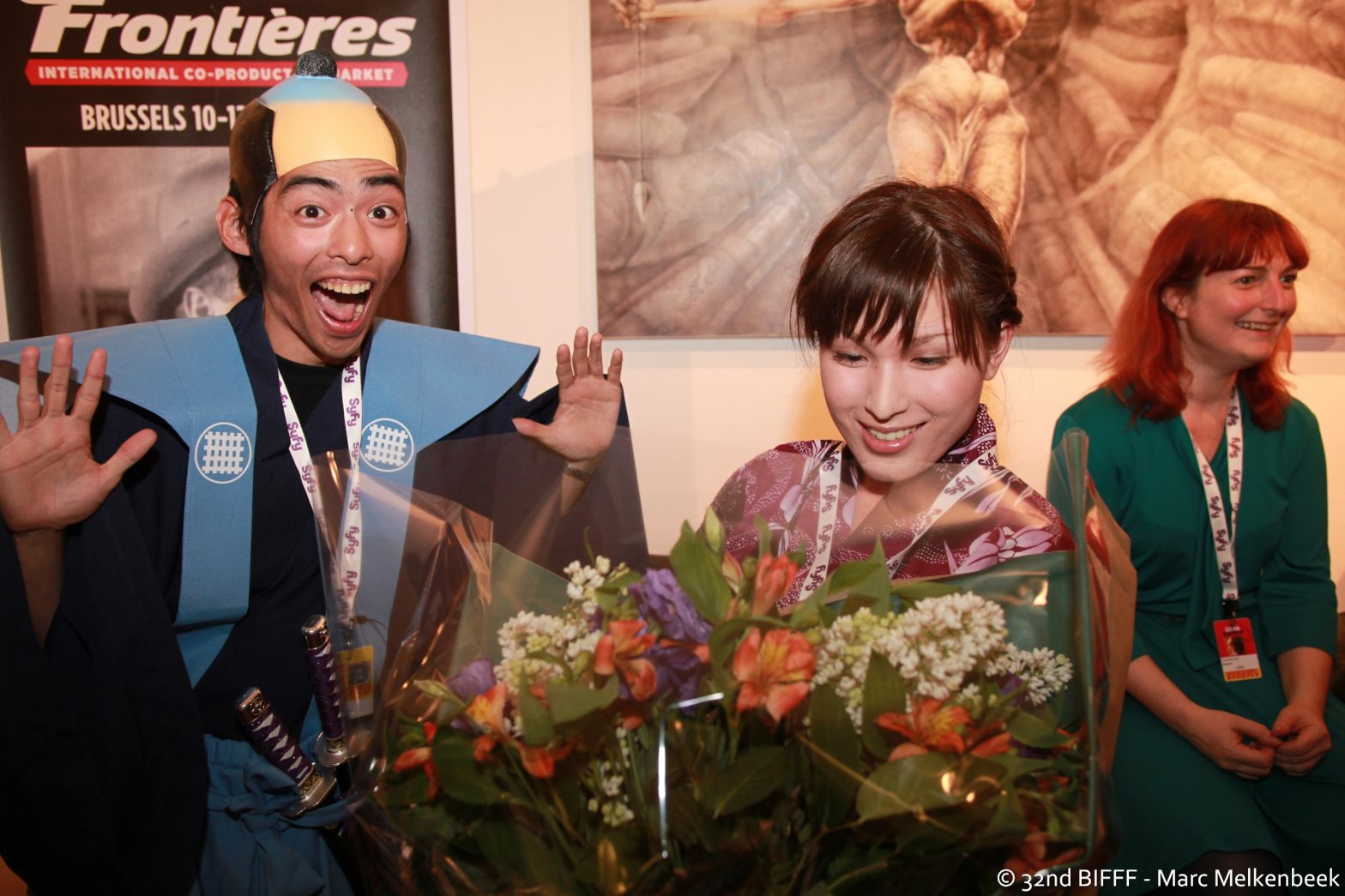 Born in 1987, Naoya Tashiro set the course for his future career as a filmmaker when his selfproduced splatter film High School Girl of the Dead served as his graduation thesis from art school. It later went on to great acclaim at various film festivals in Japan, and was eventually released directly to DVD. For its home video release, Tashiro directed the short films Bloody Bathhouse and Cannibal Maid and Killer Nurse as special features, and both also went on to be screened at several film festivals. In November 2012, Tashiro’s first professionally-produced work, Hell of the College Girls, received a theatrical release in Japan, as well as a simultaneous DVD release. His latest film, Naked Sister, premiered at the 2013 Yubari Film Festival, and will receive a later theatrical release in Japan. And, as a romantic surprise, he’ll attend the BIFFF as a newly wed with actress Iona – who plays in Zombie TV – for their honeymoon ! Congrats !