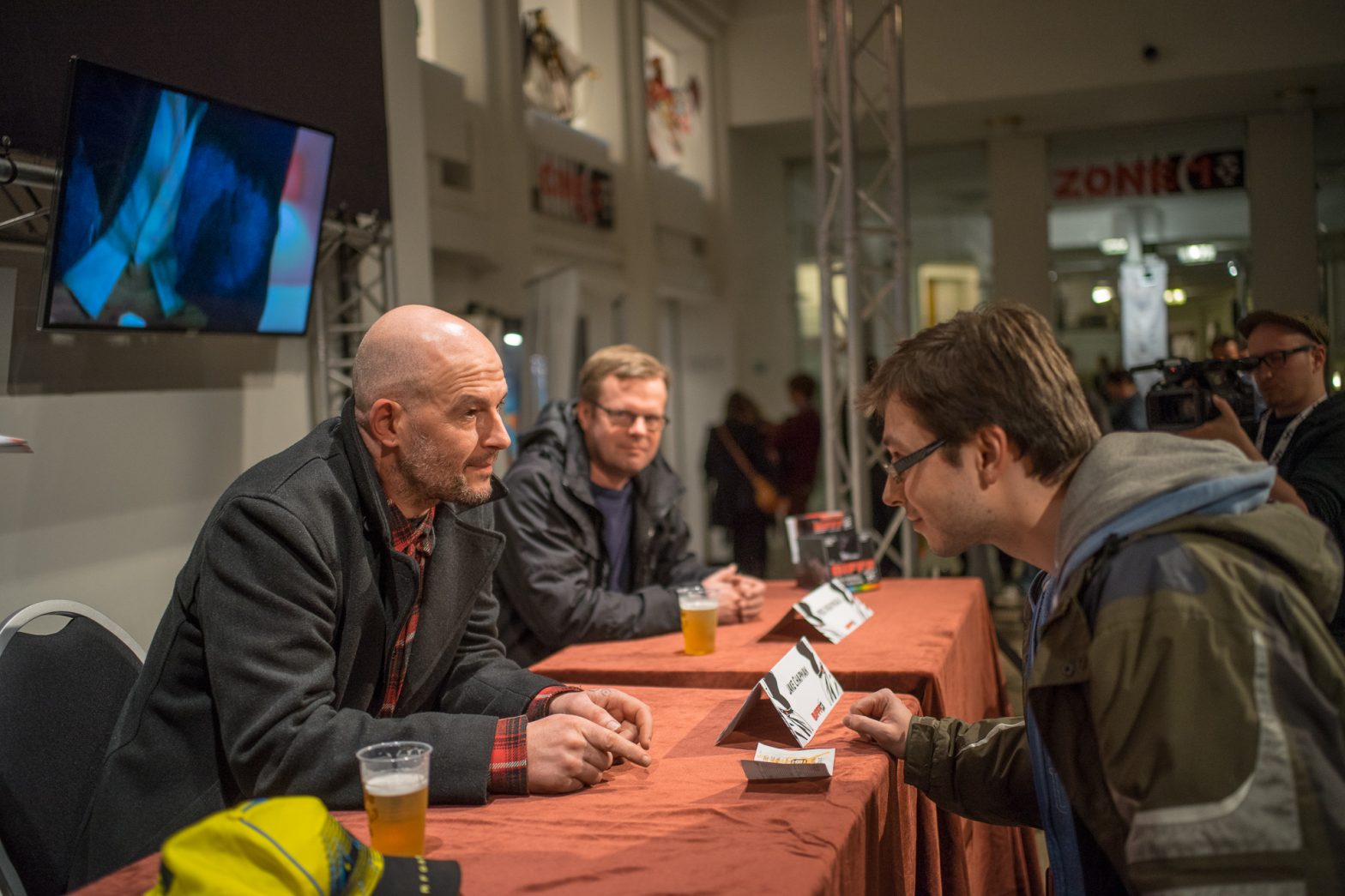 Jake Chapman makes iconoclastic sculpture, prints and installations that examine, with searing wit and energy, contemporary politics, religion and morality. Working together with his brother Dinos Chapman since their graduation from the Royal College of Art in 1990, the Turner Prize nominated Chapmans first received critical acclaim in 1991 for a sculpture entitled ‘Disasters of War’. Arguably their most ambitious work was Hell (1999), an immense tabletop tableau, peopled with over 30,000 remodelled, 2-inch-high figures, many in Nazi uniform performing acts of cruelty. The work combined historical, religious and mythic narratives to present an apocalyptic snapshot of the twentieth-century. Tragically this work was destroyed in the MOMART fire in 2004 but the Chapmans bounced back by announcing another, more ambitious in scale and detail ; the result of which was Fucking Hell (2008). In 2015 Jake Chapman directed his debut feature, The Marriage of Reason and Squalor, adapted from his first novel of the same title (2008).