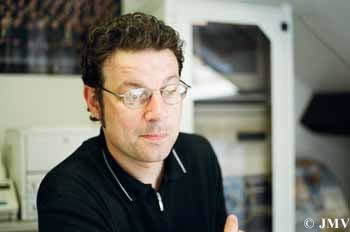 Young Jean-François Pluyghers wears out his ears (and his parent’s nerves) by listening to the soothing sounds of The Buzzcocks, The Stranglers, The Damned, The Saints, The Cramps, The Gun Club and other notorious The The’s. His passion for music is only equalled by his love for cinema. Especially Robert Mitchum’s diabolical performance in Charles Laughton’s The Night of the Hunter thrills him to the bone. After studies in journalism at the Free University of Brussels, he starts working for the La Libre Belgique newspaper. After five years, he joins the ranks of the film department. His first assignment predestines him for his part in our Silver Méliès Jury : composing a special dossier on fantasy. Since last year, Jean-François Pluygers is also chairman of the Belgian Union of Film Critics.