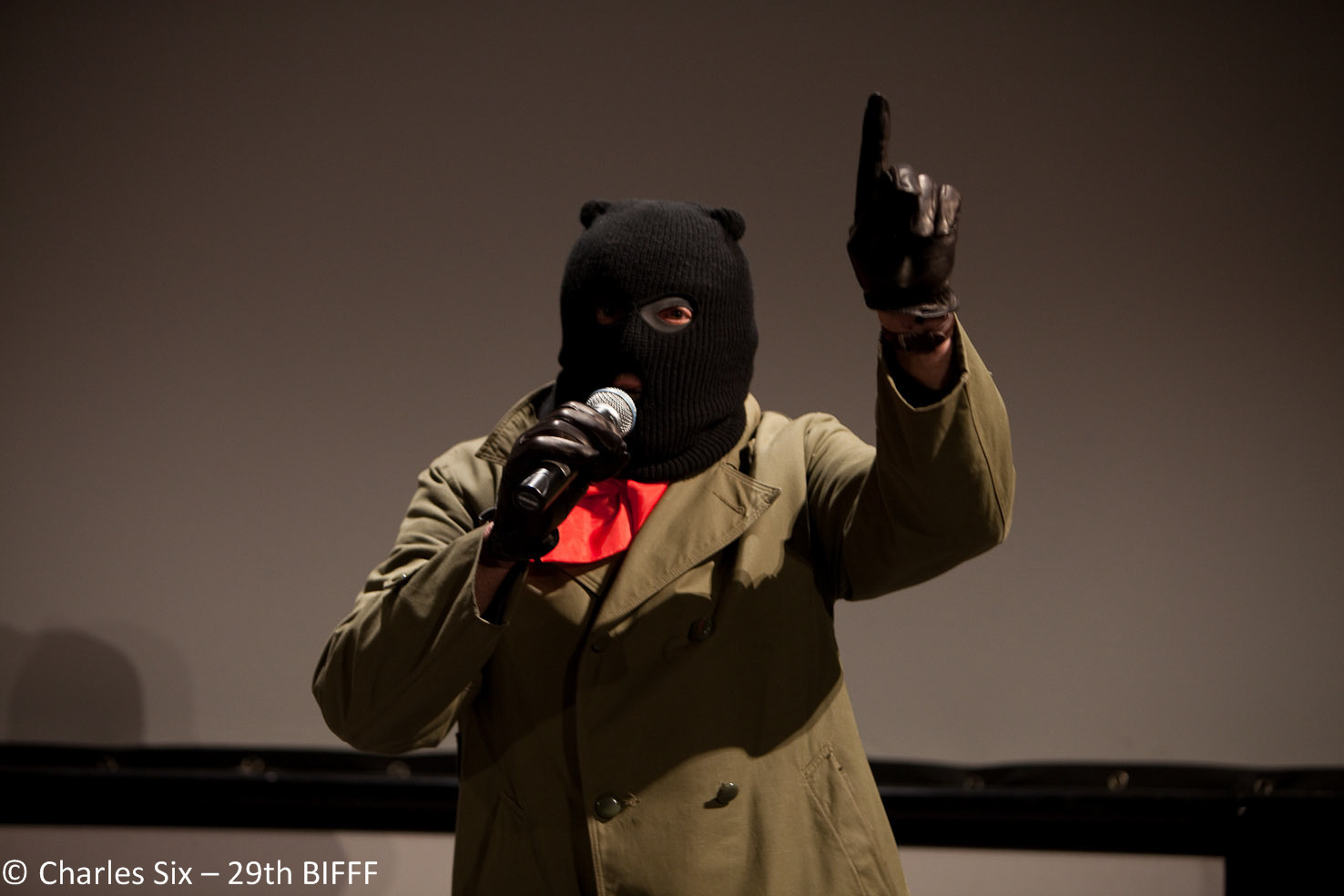 Jean-Jacques Rousseau, the self-declared Belgian grandmaster of absurd cinema, was born in Courcelles after the Second World War. But his exact date of birth remains a mystery. He’s a fanatic defender of lowbudget cinema ( with budgets of 2000 to 2500 € ), made with few means and non-professional actors because J.J.Rousseau, a brick mason by education, even hardly has the means to support himself. But he’s very tenacious and over the years he has created his own, particular universe with films such as Rock Mendès ( 2006 ), Un colonial chez les Celtes ( 2010 ) and Karminsky-Grad ( 2011 ). Jean-Jacques Rousseau carefully hides his private life from the media and only appears in public with his inseparable balaclava covering his face.