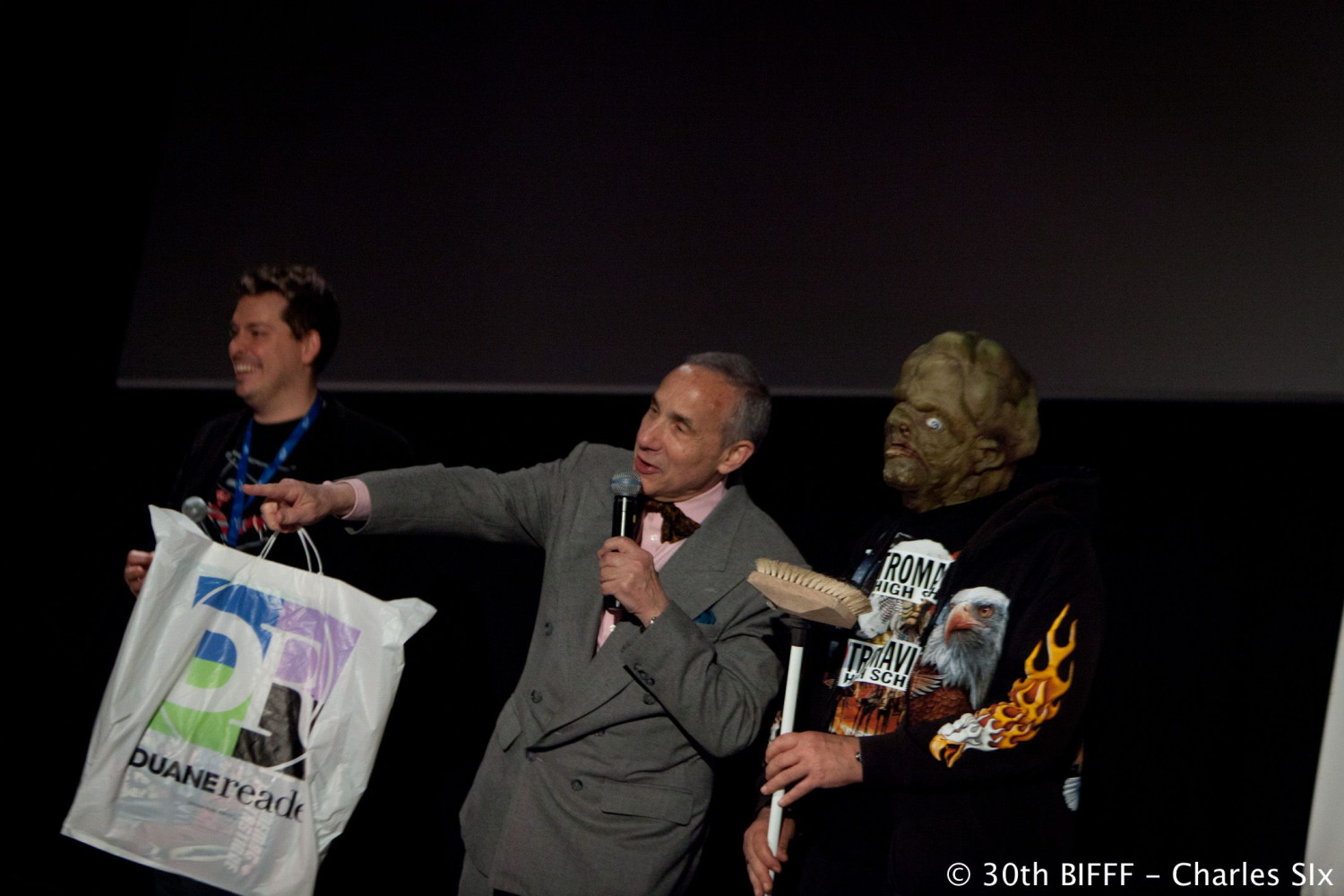 Together with Adam Brooks, professional graphic designer Jeremy Gillespie founds the Canadian film production company Astron-6. They’re rapidly joined by Matt Kennedy, Conor Sweeney and Steven Kostanski and together they make low budgets films inspired by the 80’s. Their films are known for playing with the expectations of the audience and often combine horror with comedy. Gillespie was assistant art director on 388 Arletta Avenue ( 2011 ) and on Len Wiseman’s remake of Total Recall ( 2012 ). Father’s Day, the latest film of the collective, premiered at the Toronto After Dark Festival and got away with the Audience Award!