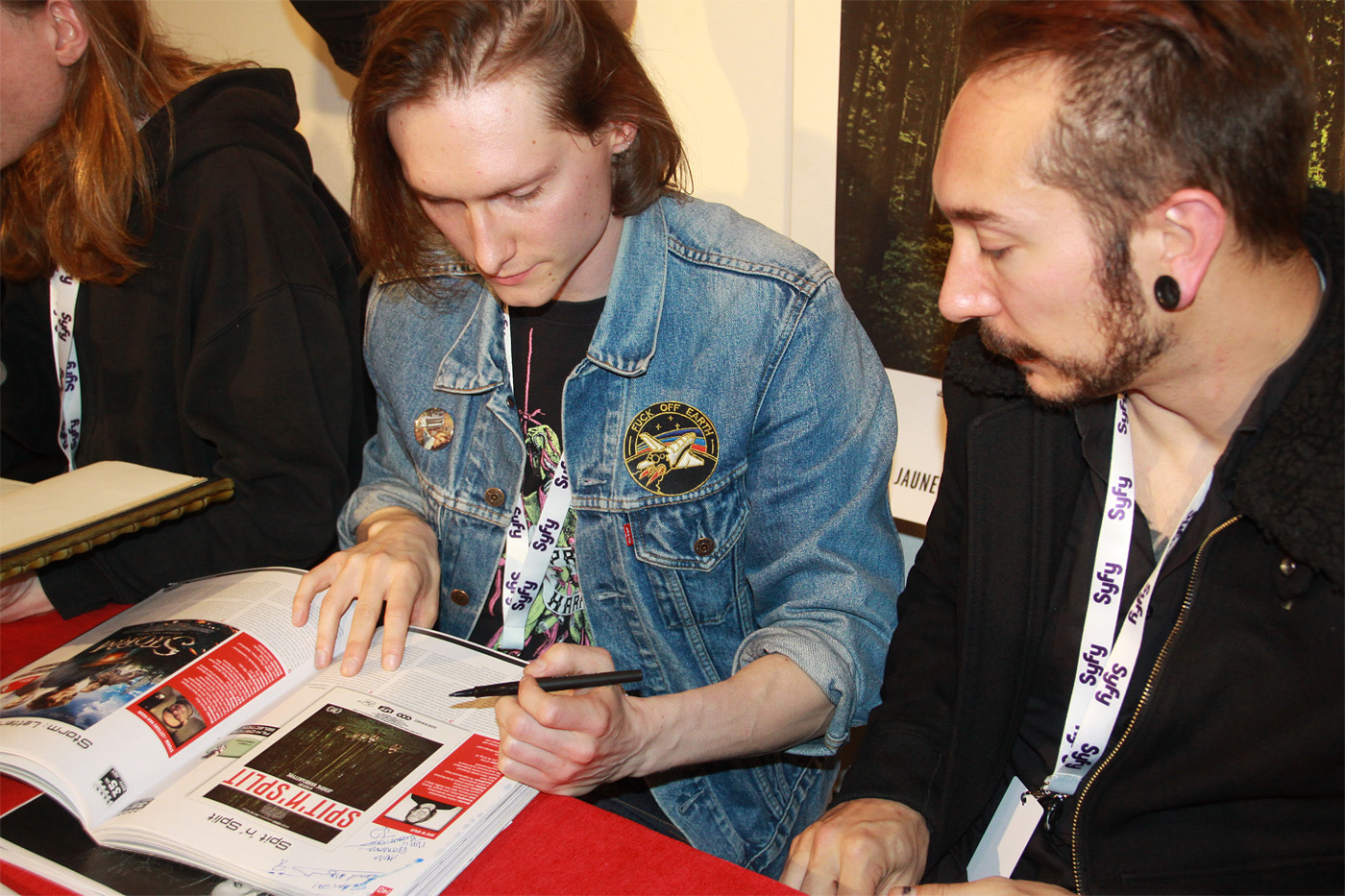 Born in 1989, Jérôme spent his childhood and adolescence devouring as many movies as possible. During his high school years, he secretly directs a number of gore short movies in the empty hallways of his catholic school. After high school, he creates the band VHS From Space and starts studying communication at the ISFSC. His end-work is She’s A Slut, a fake trailer for the Brussels International Fantastic Film Festival. In 2012, the BIFFF gives him free rein to direct a short film, the psychedelic trash orgy Slutterball. The doors of television open before him and lead him to direct two seasons of the web-series What The Fake?! At the same time he also edits a couple of movie trailers. At 25 years, he gets into the tour van of The Experimental Tropical Blues Band and follows them for more than 2 years. This experience will give birth to his first feature film, Spit ‘N’ Split.