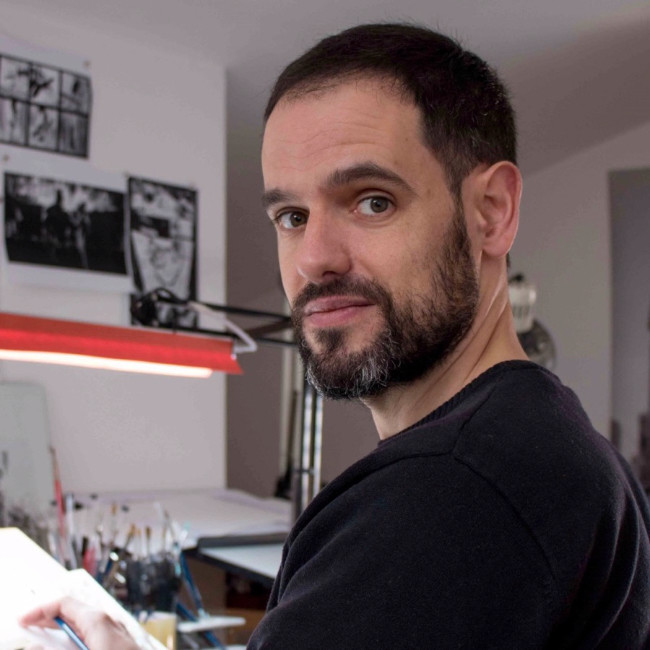 Catalan Joan Urgell ( 1982° ) realizes at a very young age that he prefers drawing to school. His parents take the risky decision (but with an obvious payback) to register him at the Joso School in Barcelona, an art academy where Joan will spend 4 years. As time goes by, he decides to start a career as a comic strip artist. He begins to work for Disney and Connecta and makes several illustrations for different companies. With LA ONZIEME PLAIE, his dream comes true : he finally enters the world of the European comic-strip.