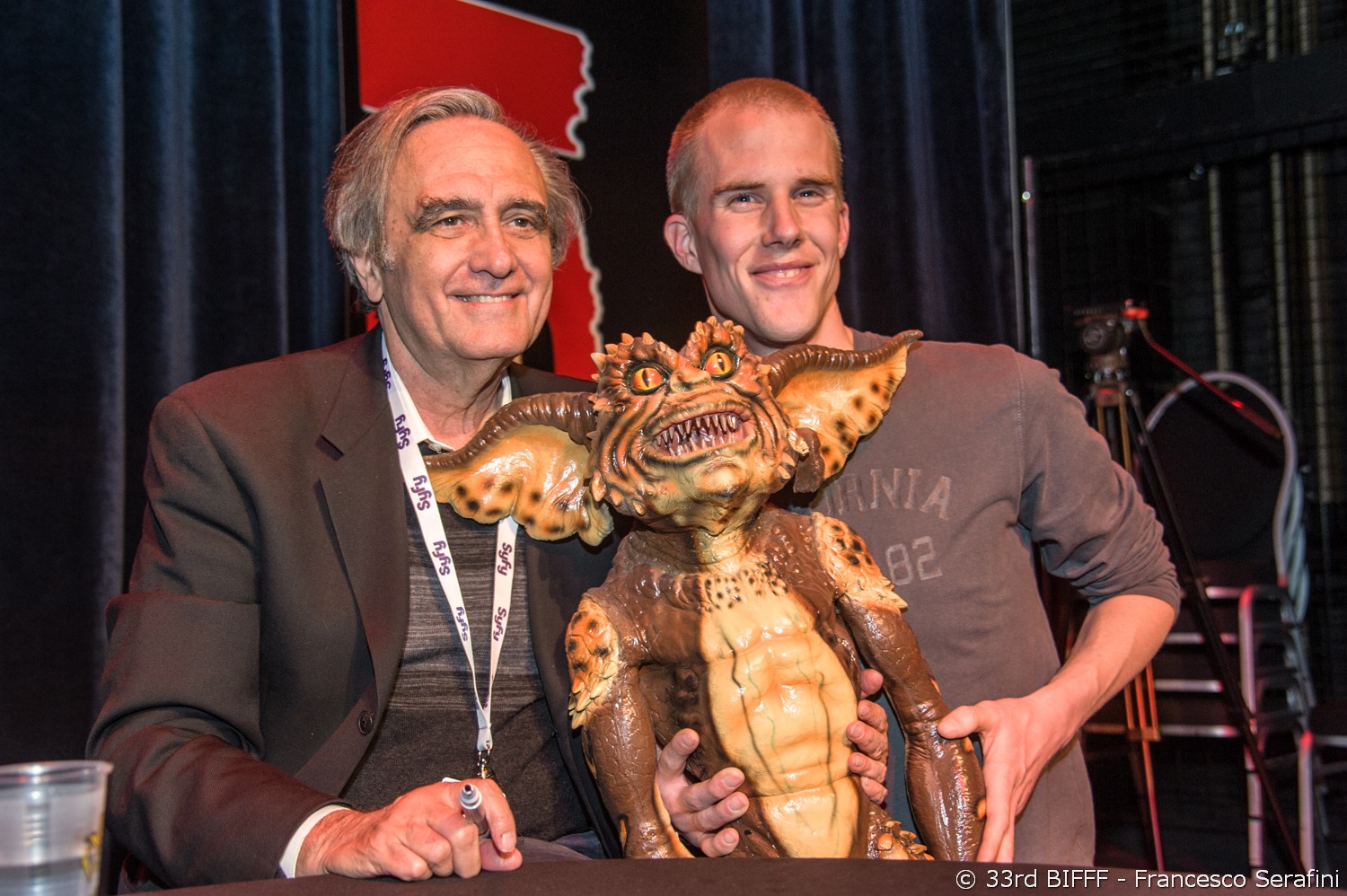 The first time we met Joe Dante, was when he was working for Roger Corman. At that time he received a script for a cozy little B-movie about some fish hungry for human flesh. What nobody expected was that this movie would become a cult hit called Piranha and that the guy would become a legend in genre cinema! He directed The Howling with Dee Wallace and the best segment from The Twilight Zone, co-directed with Steven Spielberg, George Miller and John Landis. But what really made him world-famous were two movies about cute little monsters that change into evil monsters when you feed them after midnight. Yes, Joe Dante is the guy who made Gremlins! But he didn’t stop there. Inner Space and Small Soldiers were two movies loved by everybody, from entire families to movie buffs. The first spark between the BIFFF and Joe Dante was in 1993, when Matinee was awarded with a Silver Raven. The second spark will be this year, as we’re honored to present Joe Dante as our Guest and a Knight in the Order of The Raven.