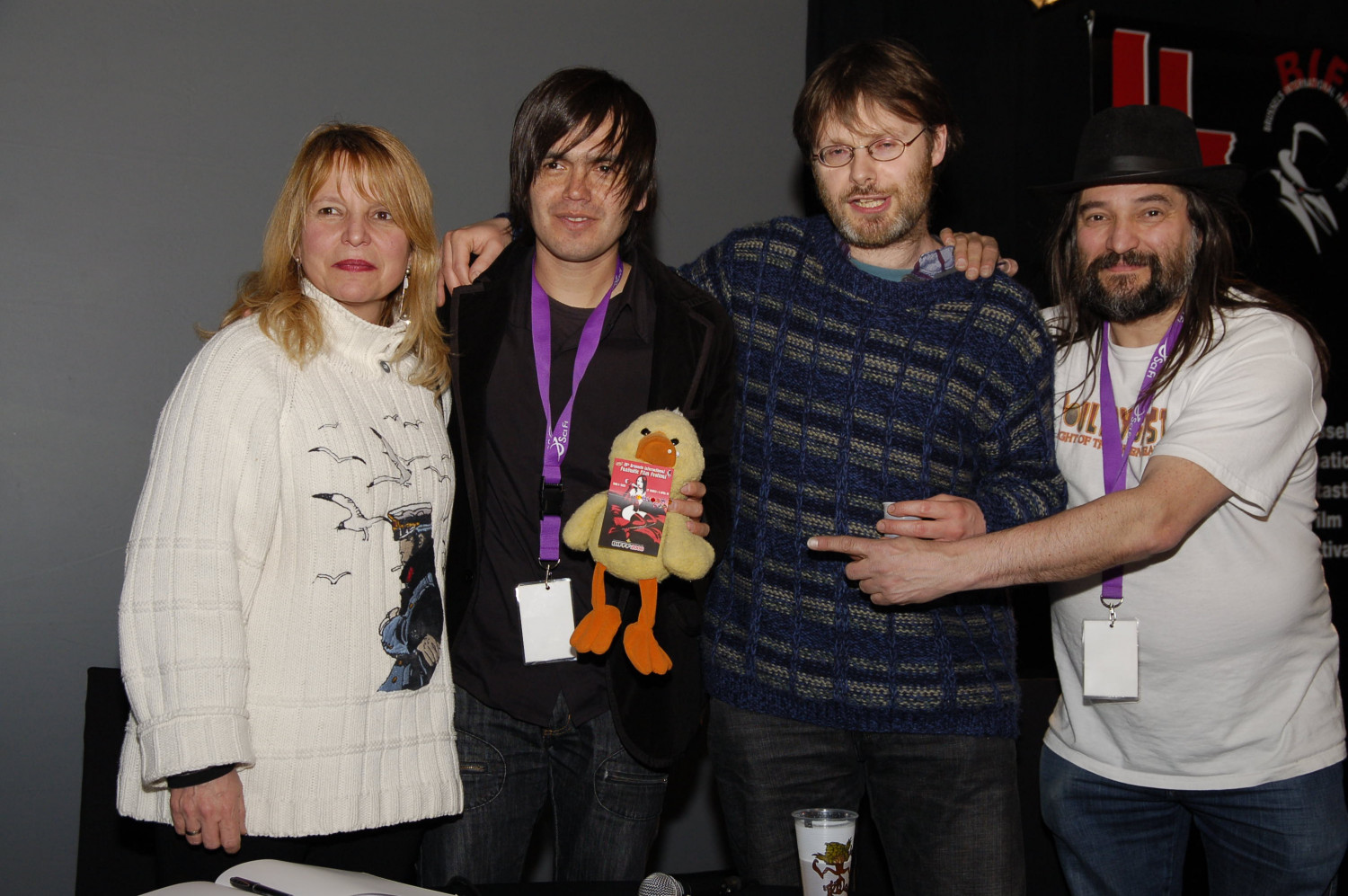 Young Chilean director Jorge Olguin is one of the rising names in Latin American fantasy. At the University for Arts and Social Studies in Santiago, he shows himself to be a prolific short film maker, with titles such as Maria Bloody Maria, Un Arma Para Claudia and El Reo Jesus being awarded at many Chilean and international film festivals. At the age of 26, with a rookie crew, a budget of 25.000 US $ and twenty days of shooting, he realises the horror epic Black Angel, which becomes one of the most successful Chilean films of 2000. His second feature, the original vampire flic Eternal Blood, brings him to Brussels, where his film will compete for our Grand Prize, the Golden Raven.