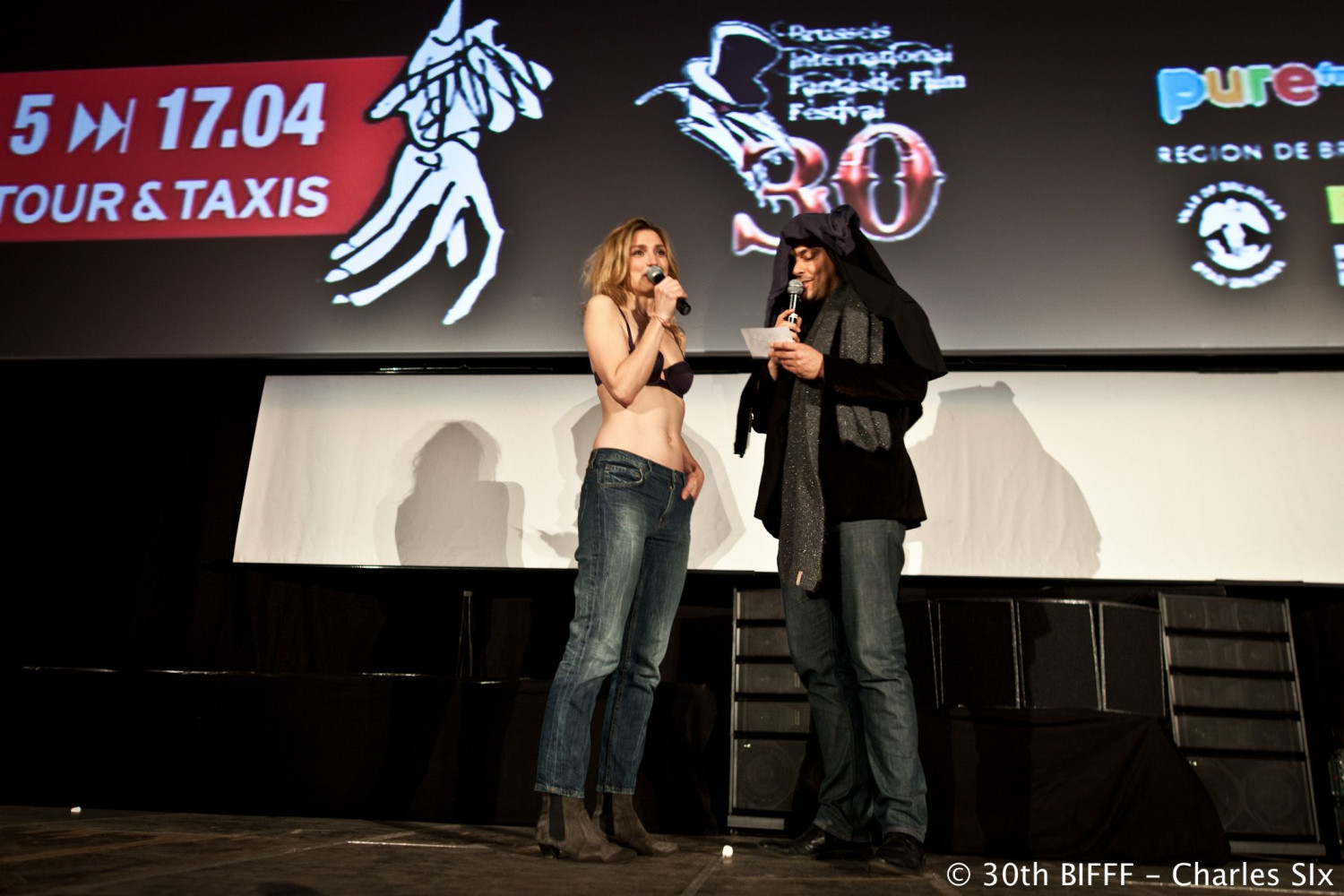 Versatile actress Julie Gayet has already played in more than 79 movies. In 1996 she was awarded with the Romy Schneider Award for her part as a junkie prostitute in Select Hotel. In 2007, she founded her own production company, Rouge International, which ambitious projects on its slate such as Fix Me and Huit fois debout. In 2010, she starred in the comedy Pièce montée, the thriller Sans laisser de traces with Benoit Magimel, and in Jean-Baptiste Leonetti’s Carré blanc, which she’ll present at the BIFFF. In 2011, Julie Gayet was part of the Cinéfondation jury, presided by Michel Gondry, at the 64th Cannes’ Festival.