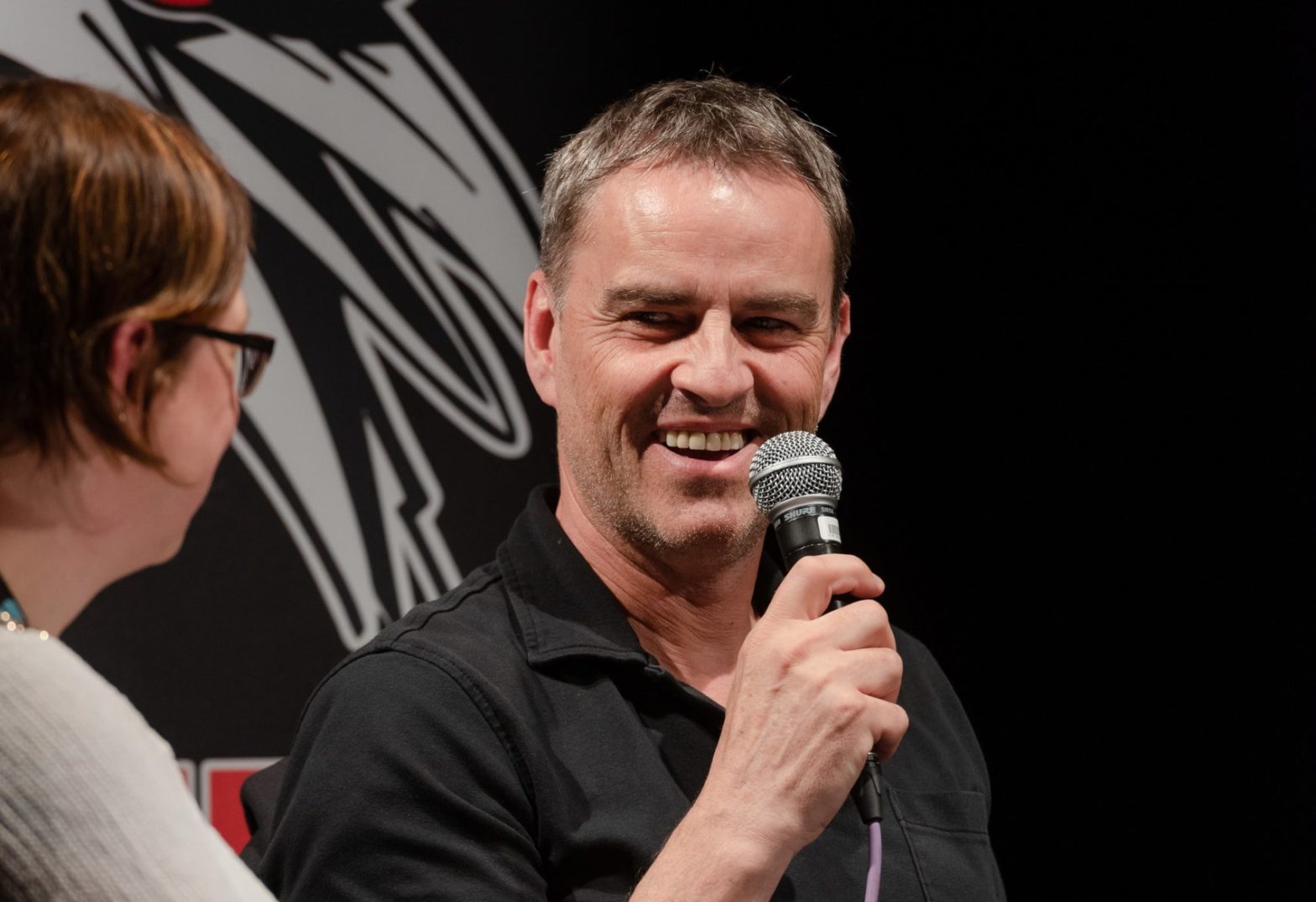 After attending a one-man show in Paris, Laurent Lucas got addicted to theatre. It didn’t take long for him to get drawn in by French cinema. In 2000, he was nominated for the Césars as Best Male Promise for Haut les Coeurs. He then went on tour with theatre pieces by Marivaux and Harold Pinter, directed by Bertrand Bonello and Leos Carax. But he exploded on the big screen in With a Friend Like Harry, alongside Sergi Lopez. On a roll, he gave strong performances in Marina de Van’s In My Skin and Gilles Marchand’s Who Killed Bambi? before running into our friend Fabrice du Welz. They’ll embark on the famous Ardennes trilogy Calvaire, Alléluia and Adoration (in preparation). More recently, he also caught the TV series virus with parts in The Returned and Le Bureau des Légendes. That doesn’t stop him from appearing in outstanding genre fiction, as we could see from his performance in Julia Ducournau’s shocker Raw.