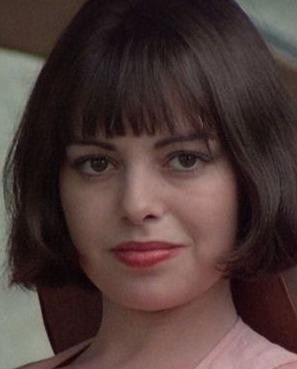 Born in Barcelona in 1954 as Rosa Maria Almirall, the young Lina Romay joined an amateur theatre group. During a performance, she was spotted by a mesmerized Jess Franco who greeted her backstage and offered her a small part in his next film. In the young and stunning Lina Romay, Franco soon found a leading woman to film in his typical obsessive manner. The pairing of Romay and Franco has lasted for over twenty five years and has produced some of the most notorious cult films of the 70s. Best known for her role as a bisexual vampire who feeds of her prey through oral sex in La Comtesse Noire, Lina began filming hard-core inserts to these films forcommercial purposes. Today, the multitalented Lina continues acting (she has appeared in well over a hundred films) as well as writing, directing and editing.